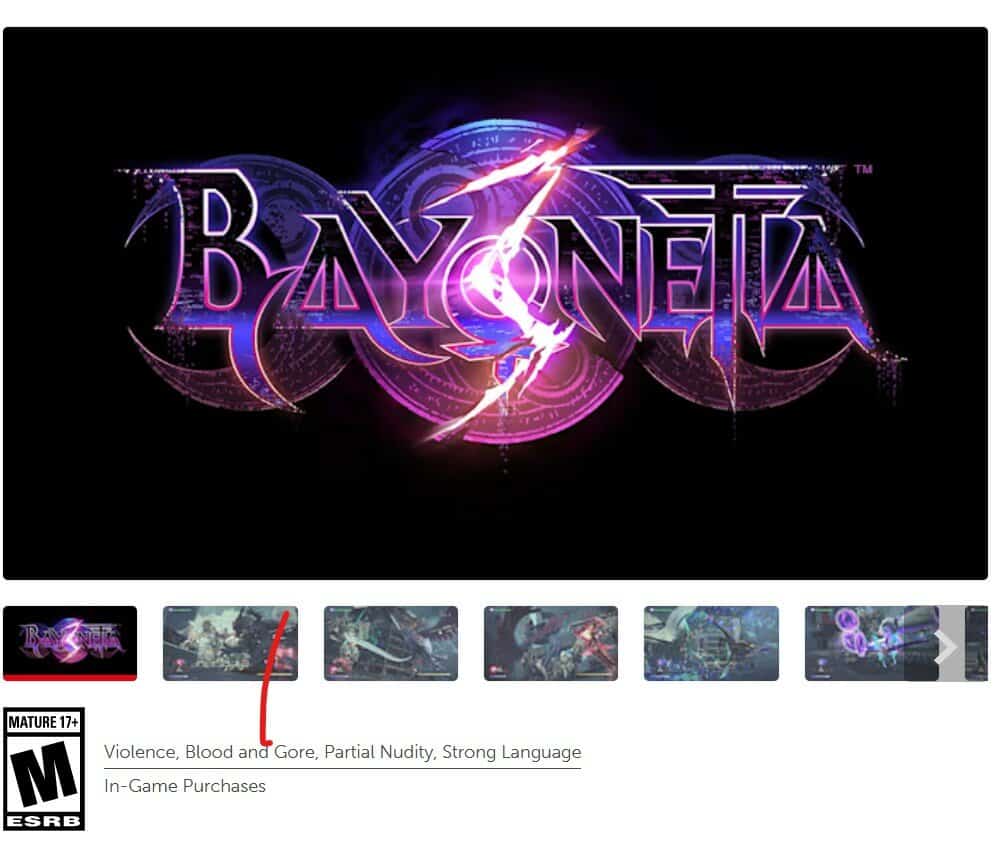 [Update]
Nintendo and PlatinumGames have announced the release date for Bayonetta 3. The game is releasing on October 28, 2022. Checkout the new trailer as well:

[Original Report]
Fans of Bayonetta 3 could be up for some good news as the game has been rated by ESRB. The game has received a rating of “M” for mature and it will feature Violence, Blood and Gore, Partial Nudity, Strong Language as described by the official Nintendo website for the game. While the rating also mentions in-game purchases, fans shouldn’t worry much as ESRB adds this label to games even if they feature DLCs only. Even if there are any microtransactions, they would be cosmetic only. Moreover, an insider has claimed that we will be hearing something related to Bayonetta 3 today.

So the good news is that since the game has been certified by Entertainment Software Rating Board (ESRB), it means the game is almost ready and the release date could be near. So a 2022 release for the game is quite likely now. While the the official Nintendo website mentions a rating for Bayonetta 3, the official website of ESRB doesn’t have a page for Bayonetta 3 so far. Not a thing to worry much though as it could go live today after the expected announcement.

Officially, so far, there is no specific release date for Bayonetta 3. However, this could change today as we are expected to hear some official news regarding Bayonetta 3. Syluxhunter has also predicted Bayonetta 3 release date to be in October so the chances of an October release date are high. I guess we will find that out for sure today?

Executive Director, Hideki Kamiya has already assured fans that the development of Bayonetta 3 was going well indicating that it won’t be long since we get our hands on the game.

Fans have been waiting for Bayonetta 3’s release for a long time now and now it seems like that its finally time that they get a proper release date for it by Nintendo. From what we have seen and heard so far, the third installment in the Bayonetta series would a treat for the fans and if you haven’t played the first two, it’s recommended that you play them or atleast get to know about the story before the release of Bayonetta 3 to enjoy it fully.

In case you didn’t know already, Bayonetta 3 is a Nintendo Switch exclusive so it won’t be releasing on PC, Xbox and PlayStation.