Battlefield 6 Maps Will Be Of An “Unprecedented” Scale 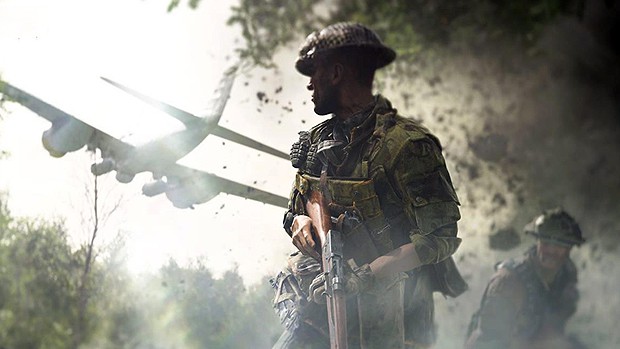 The new Battlefield 6 will apparently be featuring larger, denser, and more action-packed multiplayer maps than ever before in the franchise.

During an earnings call (via PSLS) for the third quarter ended of the 2021 financial year, Electronic Arts CEO Andrew Wilson stated that Battlefield 6 will be taking “full advantage” of the new PlayStation 5 and Xbox Series X consoles to provide “massive, immersive battles with more players than ever before.”

Wilson further added that the powerful hardware of the new consoles will also help power multiplayer maps on an “unprecedented” scale. Considering that Battlefield 6 has been rumored to be supporting 128 players per match compared to 64 players from previous games, it was a given that the maps will have to be much larger to accommodate environmental destruction, vehicles, and of course, player-versus-player skirmishes.

“The next edition of Battlefield takes all the destruction, player agency, vehicle, and weapon combat that the franchise is known for and elevate it to another level,” said Wilson. “The team is focused and the game is ahead of our internal milestones.”

Battlefield 6 has been confirmed for a reveal in spring with a release during the holiday season of 2021. The game will allegedly be a cross-generation offering, meaning that the rumored 128 player-count will probably have to be reduced to 64 players on PlayStation 4 and Xbox One as well as Xbox Series S.

With the immense success of Call of Duty: Warzone, Electronic Arts might just piggyback the same idea of having a free-to-play battle royale mode in Battlefield 6. The publisher was already said to be ditching the traditional single-player campaign to focus entirely on multiplayer. Having a Warzone-like game in a chaotic Battlefield style would be a good way to give players an option to also give them a long-term content solution.

The last Battlefield 5 fell short in this regard. The game had to deal with lackluster content for its entire life since the day of release. There were also other issues that marred the game, all of which Electronic Arts will hopefully be countering with Battlefield 6.