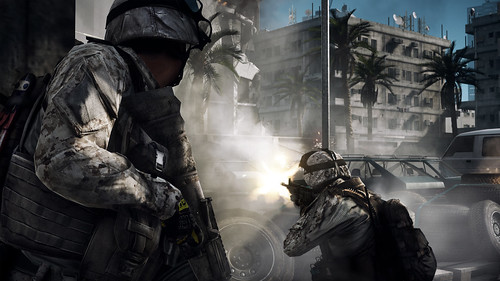 It’s Comic-Con and several publishers are revealing new information about their games. EA for one, has released a Battlefield 3 footage which gives an overview of the multiplayer map Operation Metro with some cool gameplay action. It’s 1 minute long so enjoy till we manage to upload the leaked alpha gameplay footage of Battlefield 3. Yes, we are on it.

We’ve already seen many leaks about Battlefield 3 including yesterday’s Leaked Alpha Footage and among others; This should be enough to make up your mind about the game if you haven’t already.