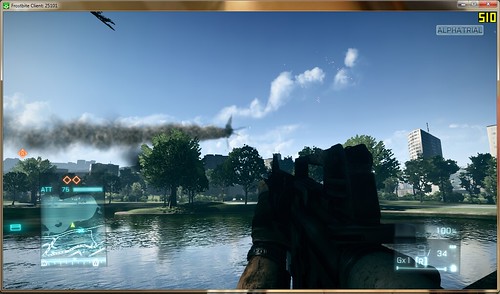 Codenamed GOLD.i3DGwendoline, member at Tek9org has posted some new information and Alpha version screenshots for the Battlefield 3.

The original post has since been taken down but we managed to grab this info, Thanks to System Link.

The poster also shares his/her experiences testing the alpha version of the game and answers some intriguing questions. You can find everything to know from this leak below.

That rocket that you can see in the image had really nice sound to it according to the Alpha tester. Surround sound overall in the game is also amazing so expect your ears to get orgasm when you play the game.

This screenshot shows the game running on 510 FPS and below is the rig it was being played on: 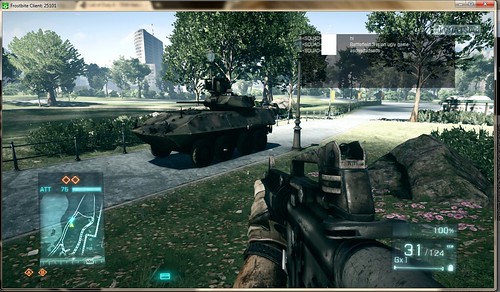 See the tank ? it can jump and swim in water. It’s jump is thanks to a bug since it’s Battlefield 3 Alpha. 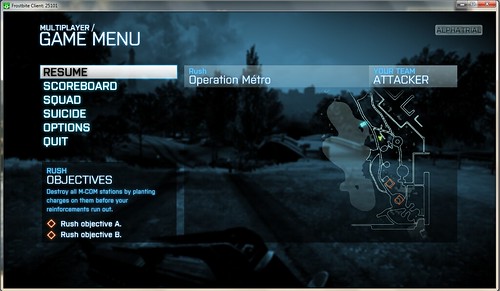 Expect similar menu screen when the game is released since it looks fine. Though, the developers after some Alpha/Beta test may introduce minor changes. 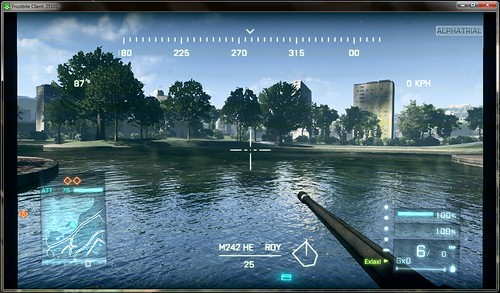 Above you see the Tank swimming in water. It also shows the HUD you would most likely have when inside the Tank. Again, nothing is final since it’s Alpha. Few changes are expected here and there but not that drastic. According to the Leak, the Tank swimming part is a bug but as per my knowledge tanks can move through water depending on the depth of the water. 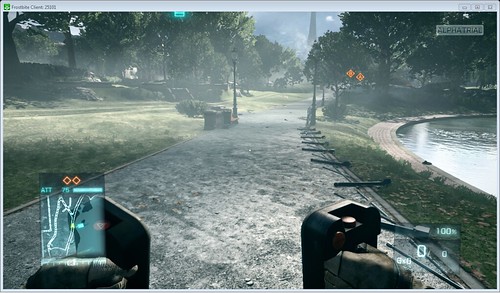 This is the First Person View you should expect in Battlefield 3. It’s fine.

We already know Battlefield 3 has great graphics and these screenshots even in Alpha ‘un-polished’ version confirmed that. As far as gameplay is concerned, the poster also revealed some interesting tidbits:

I am not entirely convinced about Infinite Sprint and Low recoil part of the gameplay but since it’s alpha test, I am hoping the developers would tweak few settings to make the game balanced. It would also be interesting to see how Battlelog is integrated into the system, we have already seen few interesting Battlelog Screenshots.

What are your thoughts on Battlefield 3 in the wake of this new information?