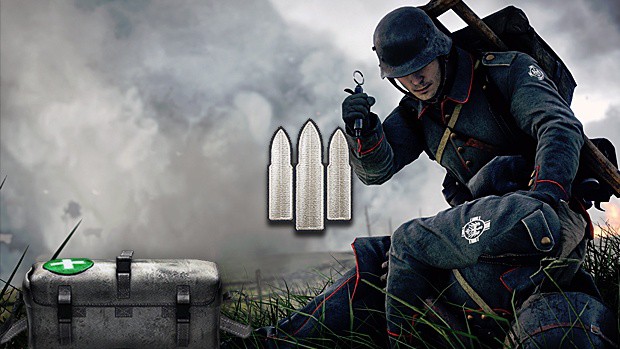 The Community Test Environment (CTE) of Battlefield 1 was updated last night to add a highly requested feature for the Medic class.

Until now, there was no way for dead players to know for certain if a friendly Medic in the vicinity is in the mood to revive them. Battlefield 1 only informs players about how close a friendly Medic is. With no way of confirming their intentions, most players simply skip ahead for redeployment.

DICE is changing that by allowing the Medic class to mark dead players for revival. The new “Revive Indicator” instantly warns dead players to hold out because there is a Medic who plans on reviving them. The game-mechanic is designed to work similarly to how players spot to mark targets in Battlefield 1.

“The dead player will see a notification in the bottom left (where nearby medics are listed), and the medic will get an objective-indicator on the corpse,” explained DICE engineer Julian Manolov.

The idea for such a feature has been floating around on community platforms since the game was released last year. The developer noted that it caught sight of a similar thread a couple of months back and began work right away. It is always a great sign to see a developer act on feedback from its player-base.

The new revive indicator for the Medic class should go live for Battlefield 1 with the next major patch. DICE will probably utilize the next couple of weeks to have the community test the feature, before bringing it out later in April.

In the mean time, if you have any other suggestion that could improve the nature of Battlefield 1, don’t hesitate to share it on the forums. DICE has made it clear that it is listening to its players. Who knows, maybe your suggestion might be part of a future update.