Batman Will Team Up With Bane In Arkham City 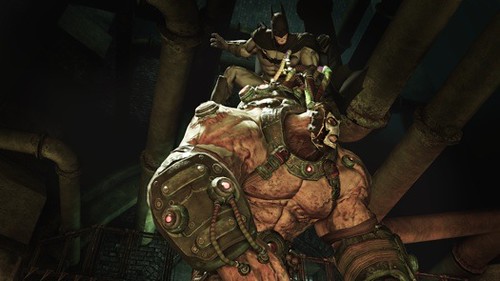 The fact that Bane is notorious for having broken Batman’s back, and recalling the not-so-friendly confrontations between the two in Batman: Arkham Asylum, one could hardly expect the two to get along for even a jiffy. However, to our surprise, and everyone else’s, the latest news about Batman: Arkham City is appealing and even possibly appalling.

Batman will team up with the big, bad Bane for a group of specific side quests in Arkham City! No, you won’t be able to control the Venom-pumped behemoth, but he will be along you during the side quests as an AI, while you take control of the Dark Knight.

As to why the sudden shift in Bane’s usually pissed-off mood, there is acceptable reason, particularly if you have a peak at DC Comics’ exclusive digital comics, out of which one is all about Bane.

You see, Bane already showed contempt for ‘the bruja’ (Dr. Penelope Young in Arkham Asylum)  for taking his Venom, and he further hated the Titan serum, simply because some dude in the comic who’s had a dose of it whoops Bane’s Venom-filled butt.

So Bane doesn’t like the Titan serum, and neither does Batman and its reason enough for the two to team-up and prevent Arkham City turning into a haven for Titan-buffed maniacs. This definitely is news which further indicates that the game is going to be more epic, and more expansive than its predecessor, which was, as rightfully acclaimed, a very good game.

Batman: Arkham City will release on Xbox 360, PlayStation 3, and PC on October 21 in the UK and October 18 in the US.