You can start Riddler’s Revenge after imprisoning Poison Ivy and speaking with Aaron Cash.

After lowering Mercy Bridge during the third chapter, you will receive a call from Nigma threatening you to reach Pinkney Orphanage on the west of Miagani Island in order to save Catwoman.

Glide over the top of the orphanage and interrogate the informant before heading inside. The first wave of ten metallic humanoids is easy to kill, especially with Catwoman on your side.

However, do note that these enemies learn from their mistakes and Nigma keeps on improving them! After dealing with humanoids, talk to Catwoman and proceed with the mission.

After the completion of each cave challenge, you will need to acquire a key from a grid. I have mentioned the correct position of each key in the guide:

You need to head over to The Cauldron inside the Gotham Water Company elevator with the Mental Blocked banner above it. Come out of the elevator to find a red mechanism barring your passage. Use the Immobilizer to proceed ahead and start the cave challenge.

The challenge involves racing the Batmobile around three laps having increasing difficulty with red and green blockades in your path. Once again, you need to use the Immobilizer to remove them from your way.

Moreover, you must complete each lap within the allotted time limit. The key is located on the third row, fourth column on Normal and third row, first column on New Game +.

Head over to the entrance of ACE Chemicals and drive left from the bridge. A little ahead, you will come across a door named Balancing Act. Head inside to start the second challenge.

For the second challenge, drive up the ramp, exit the Batmobile and step on the ground switch. From there, use the remote to drive the Batmobile on the balance board in order to activate the blockade and move to the next platform.

Use the Immobilizer to drive across the red and green platforms. Drive to the second balance board and use the red/green blockades to reach the far end.

Do note that you will need to hit the Afterburner in order to jump across the green platform. In order to power up the board, drive around the lift and fire the Power Winch at the switch on the right side – rev up the engine and keep the needle inside the orange section.

In order to proceed with the cave challenges, you must complete a puzzle inside Pinkney’s Orphanage.

Head inside Pinkney’s Orphanage to find three question marks hanging from the gate. If you hit each one with a Batarang, it will light up a portion of the large question mark on the floor.

You need to line up the circles in such a way that they form a straight up and down question mark. Once it is done, adjust your view in a way that the reflection in the mirror forms the dot and scan the whole question mark to solve the riddle.

Head inside the door named Numeracy and send Batman onto the switch on the right side and Catwoman on the left side. You need to hit the question marks in the following order with both Batman and Catwoman to solve the puzzle:

Be prepared to fight another wave of metallic humanoids and acquire the third key.

Similar to the first cave, you will have to drive the Batmobile through three laps within the allotted time limit. It is highly recommended to memorize the entire course.

You will acquire the fourth key from the third row, fourth column on Normal and fifth row, third column on New Game +.

Drive to Kingston and head inside the Flight School Garage to come to the fourth cave.

Once inside, you need to attain enough air in order to reach three pressure pads. This may take a few tries so be patient until you get everything right. Once you have done everything, acquire another key for the Catwoman:

The key is located on the fourth row, fourth column on Normal and third row, second column on New Game +.

Inside the orphanage, head inside the door labeled Physics. In order to complete the challenge, throw a Batarang on the question mark on the left side and stand on the left switch.

Shoot the Power Winch at the anchor point and descend down the wall right next to the spinning blades. Keep on moving along the right side until you see the opening over the hole in the wall on the far side. Come out of the Batmobile and drive through the new opening.

Step on the Pressure Pad to lower the water level and drive the Batmobile to the right side to the Number 2.

Once again, shoot the Power Winch at the anchor point above and lower the Batmobile above the water. Keep on moving to the left side until the opening is over the weakened wall which you need to destroy using the Heavy Cannon.

Come out of the Batmobile and glide inside the hole to step on another pressure pad and lower water to another level followed by taking on four metallic humanoids.

Head back inside the Batmobile and drive until you see the spinning blades right next to you and drive up the wall. Find the Number 3 and lower the Batmobile three levels from the Winch Anchor Point.

Keep on spinning the wall until you are on the very top of the reserved parking.

In order to solve this puzzle, have Batman stand on the pressure pad on the right side and have Catwoman climb the ceiling in order to reach another pressure pad inside the next room.

Another important thing to consider is that the dot of the question mark represents the start. Keep up with the back and forth movement until both characters reach the pressure pad which throws in another wave of metallic humanoids.

Kill the red and blue humanoids and acquire the key to proceed with the side mission.

Head inside the final cave to find another race with new obstacles. You need to complete each lap within the allotted time limit to complete the challenge. And remember to use the Immobilizer to get rid of the obstacles. Complete the race to find the key:

The key is located on the fourth row, second column on Normal and on the fifth row, fourth column on the New Game +.

Head inside the Final Exam Door and go past the first room to find the puzzle. Inside the room, you will find 5 x 5 pressure pads with a row of generators at the end of each row.

You can fire the Remote Electrical Charge at a generator placed next to an opening to either repel or attract the row of pads in front of it – a full row of pads does not move.

Another important thing to note is that you cannot walk onto the pressure pads and must drop down from the ceiling using Catwoman. You can solve the final puzzles in more than one ways, read on to know how to solve all three puzzles in the room in order to acquire the final key: 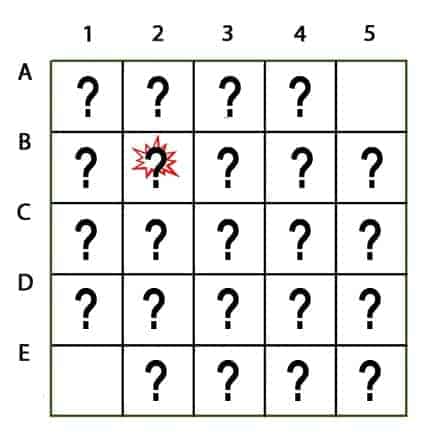 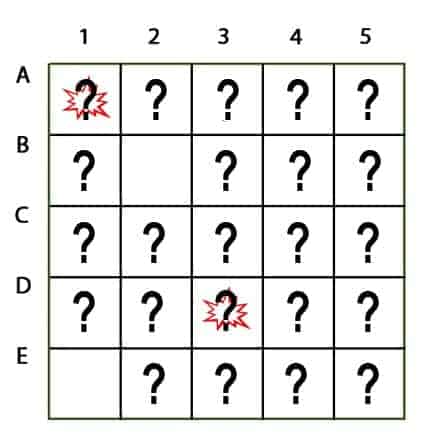 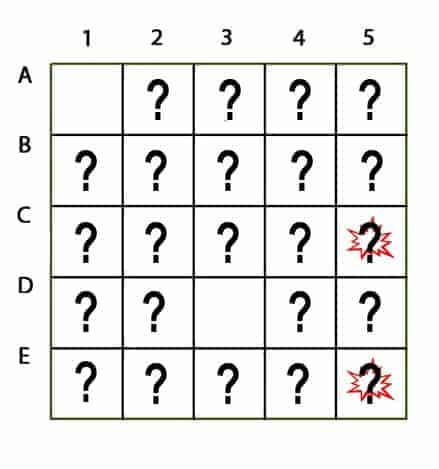 After completing the final puzzles, Riddler will appear in a mech along with his red and blue humanoids. There is no point in fighting him directly so focus on the humanoids in the area and avoid the green laser at all costs.

Once again, do note that you need to fight the red humanoids with Catwoman and blue humanoids with Batman. After dealing with his squad of humanoids, collect all Riddler Trophies in order to start the second phase of the battle.

During the second phase of the battle, you will primarily have to deal only with blue humanoids using Batman. In order to deal with occasional red humanoids, fire the REC to knock them back until Catwoman joins the fray.

Once Riddler thrusts his fists into the ground, continue to attack him. Once again, be wary of the colored-glow and attack with the right character. Once he has been taken care of, drive him to GCPD and complete the side mission.

If there is something else you would like to know, do make sure to let us know in the Comments Section below.