Get Ready, Batman Arkham Collection Could Release This Week in 4K 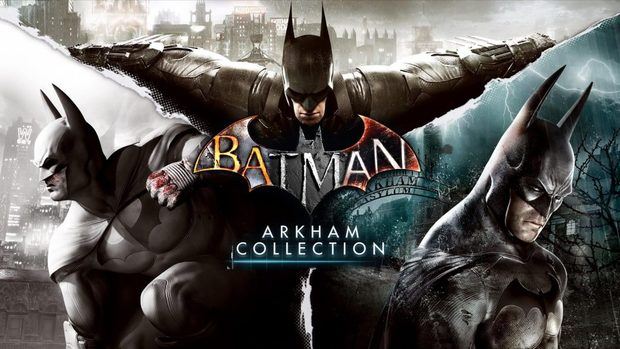 Happy Monday Batman fans as it looks like Warner Bros. is going to bless us with another game and this time it’s being called Batman Arkham Collection. This collection consists of Batman: Arkham Asylum and Batman: Arkham City.

We never get tired of Batman games. Previously we got Batman: Return To Arkham which consisted of two-hit games and now they are coming back once again but with 4K support.

They found out a listing on the Xbox Store. The listing showed Batman Arkham Collection with its release date set to be November 27. Now that’s tomorrow to be exact and that’s not all as it also included a detailed description.

Batman: Arkham Collection brings you the definitive versions of Rocksteady’s Arkham Trilogy games, including all post-launch content, in one complete collection. Experience two of the most critically acclaimed titles of the last generation – Batman: Arkham Asylum and Batman: Arkham City, with fully remastered and updated visuals. Complete your experience with the explosive finale to the Arkham series in Batman: Arkham Knight. Become the Batman and utilize a wide range of gadgets and abilities to face off against Gotham’s most dangerous villains, finally facing the ultimate threat against the city that Batman is sworn to protect.

Batman Arkham Collection is going to be remastered to support full 4K on Xbox One X and also for PlayStation 4 Pro. This means you can witness the amazing in-game graphics better than ever before as previously it wasn’t using the systems full potential power.

Return To Arkham is already available on Xbox One X but it lacks 4K and HDR support. This new version called Batman Arkham Collection from Warner Bros. is expected to bring what was missing on Xbox One X and can be a huge selling point.

There’s no official word about it yet from Warner Bros. so do take this all with a grain of salt. Though it all looks very real by looking at the provided artwork and detailed description. There’s no information on the price yet we are predicting it to be from $30 to $50.

This could also be any other game with DC characters but we are expecting it to be a new Batman game. Batman games always do sell well and it’s been some time since we got to see a new villain of Bruce Wayne.

Now to find out if this Batman Arkham Collection is coming to Xbox One X or not, stay tuned to Segmentnext.com to know it first.