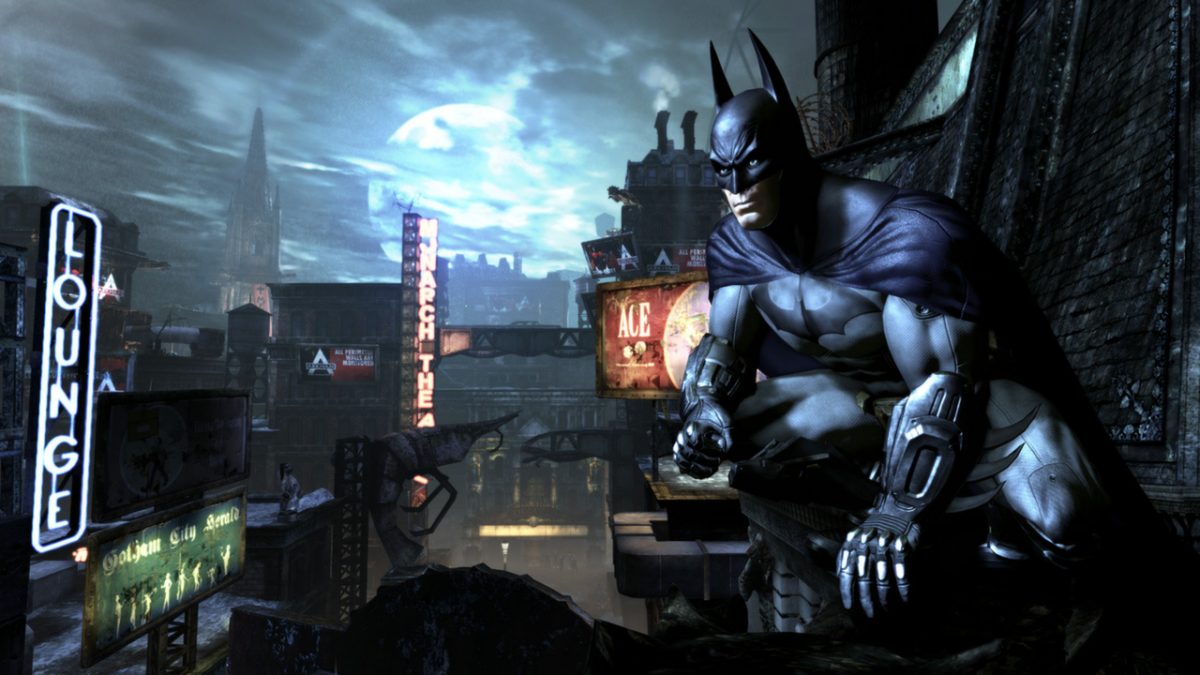 There are total 12 side missions available in Batman Arkham City which are accessible throughout the campaign (walkthrough). You can either receive a side mission during the main story or you’ll have to be on particular part of the map do receive one.

These side missions don’t change anything concerning the Main story, they guide you to unlock unique gadget upgrades. Therefore, these side missions should be completed. By unlocking upgrades you’ll receive guidance to finish all the challenge rooms. The toughest side missions are completed with the help of maps created by Xx Overkill VR.

There are many civilians in Arkham City; some you’ll find unexpectedly who may need your help. Officially they are not initiated till the time you explore the circumstance further. You’ll see few particular faces while going through the side missions. Batman Arkham City Side Missions can be returned to after ending the main story. These missions are very helpful in unlocking special gadgets upgrades. The progress of these side missions can be seen by pressing X on the map of the city.

Augmented Reality Training
This mission can be accessed either before your initial visit to Steel Mill or later on during the campaign. Completing two sets of gliding exercise in the industrial territory is required, in order to finish the side mission. You are rewarded with a Grapnel Boost Upgrade along with a Batwing Trophy, after being victorious in the mission.

Remote Hideaway
This mission can be accessed by questioning Mayor Quincy Sharp. There are undercover police in the Iceberg Lounge of the Museum, your mission is to interact with them. You are rewarded with a Mine Detonator Upgrade, after being victorious in the mission.

Hot & Cold
This mission can be accessed after your next visit to the Steel Mill. Finding the Boiler Room for a latest gadget is your mission. You’ll receive Freeze Blast Grenades, after finding the Boiler Room. To begin the mission, you’ll have to interact with the tied-up Harley Quinn. And you will be appointed to arrive at the Boiler Room. In order to reach your destination, REC is used to open the east door situated in the Loading Bay, you’ll have to hack a console in the following room, and in the end go after the path to arrive at the Boiler Room. Get rid of the adversaries, who are currently protecting the path, and after going inside you’ll find Freeze Blast Grenades.

Arkham Assault
This mission can be accessed alongside Arkham City at different points. Your mission is to rescue hostages along with prisoners, and just like that this mission is completed after rescuing these people. However, you will not receive any reward for this mission.

Fragile Alliance
This mission can be accessed just after the occurrence of the courthouse, your mission is to eliminate six titan containers situated in the city. Keep in mind that you need an Explosive Gel to eliminate these containers. You should now move towards the GCPD building, you’ll see a flare which is very simple to locate at the Krank Co. Toys building. Interact with Bane, he will request you to eliminate those six containers. After being victorious in the mission, you are rewarded with Bane Trophy.

Titan Container no.1
It is located close by the Museum. Eliminate the Container by clearing out the Guardians.

Titan Container no.2
It is located close by Steel Mill. Eliminate the Container by clearing out the Guardians.

Titan Container no. 3
It is located near the Subway Station; you’ll see it upon your initial trip to the Station.

Titan Container no. 4
It is located in the Penguin’s War Room in Mr. Freeze’s Museum. Search for the container after freezing Mr. Freeze.

Titan Container no. 5
It is located at the base of the Wonder Town. You’ll find it when you are chasing the Ninja Underground.

Titan Container no. 6
It is located close by the back entrance of the Joker’s HQ. You’ll find it when returning to the HQ for the Titan Formula cure.

Interact with Bane after eliminating all six Titan containers also, defeat those adversaries who Strike, in order to end the side mission.

Through the Looking Glass
You receive a mission to search and use the cure for Titan Formula. This mission can be accessed upon saving Vicky Vale. After saving Vicki Vale, you are presented with a message from Alfred about the cure; which has been delivered. You’ll find out that taking the cure is a trap. To complete this mission, first defeat the thugs and make Mad Hatter to break free. You’ll receive a reward of Mad Hatter Trophy.

Heart of Ice
This mission can be accessed before your visit to the Steel Mill. You receive a mission to search for Mr. Freeze’s Spouse (Nora), who has been abducted by Joker’s thugs. Mr. Freeze will request you to search for his wife by giving you the location where she is held (in the inner part of the building alongside the coast of the Industrial Territory). Move to the docks with the help of a boat and you’ll find a decaying wall on a building, by using the Freeze Blast build an ice block. The Batclaw pulls you towards the wall.

Once you have pulled yourself towards the wall, it’s time to use some explosive gel to demolish it. After entering the building, rescue Nora by beating the thugs and return to Mr. Freeze to end the mission. Finding Nora will reward you with a Mr. Freeze Trophy.

Cold Call Killer
This mission can be accessed after unlocking each section of Arkham city. You receive a mission to search for Zsasz and take him down, for which you’ll be rewarded with a Zsasz trophy. Attend any random call and proceed to act upon whatever the person on the other end demands, due to the fact that these pay phone calls are quite random. Trace the killer’s location and go there to end the mission. Just keep in mind that tracing the killer is not a piece of cake, it requires many attempts to eventually find his location.

Enigma Conundrum
This mission can be accessed after receiving the distress call from the medical team. Your main aim is to rescue the hostages from Riddler, for which you’ll be rewarded with a Riddler Trophy. There are several Riddler Trophies which you must find, these trophies initiate the riddle and upon solving them you can easily rescue the hostages. The first hostage is held in the Courthouse. After saving the hostage you’ll find out that Riddler possesses a broad network of informants situated in each area of the city.

These informants are shown on the map colored in green which guide you to different trophies. These riddles direct you to many hideouts. Don’t forget the line Launcher, it will help you with the last three hideouts. To take vengeance against Riddler, you must clear every one of the five hideouts.

Mystery Stalker – Watcher in the Wings
This mission can be accessed after unlocking all areas of Arkham City. You receive a mission to interact with Azrael, for which you’ll be rewarded with Azrael Trophy. You’ll catch him quietly watching you from the rooftop. Four symbols are required which guide you towards the Mystery Stalker, to end this mission. But there is a twist, each symbol must be found in a sequence.

Symbol no. 1
It is located South of the Courthouse above the plaza on the rooftop.

Symbol no. 2
It is located above the Ferris Wheel in the Industrial Territory. In order to locate it you’ll need to visit the Joker’s Steel Mill.

Symbol no. 3
It is located on the Rooftop northwest of The Bowery. It is only accessible following the rescue of Mayor Sharp.

Symbol no. 4
It is located on the Rooftop, west of GCPD. It is only accessible following the rescue of Vicki Vale.

Arrange these symbols in a sequence to solve the Riddle and scan the fifth symbol to finish the mission.

Shot in the Dark – Deadshot
This mission can be accessed after the initial completion of the Steel Mill. You receive a mission to take out the sniper, for which you’ll be rewarded with Deadshot Trophy. Three murders occur, it’s your responsibility to investigate them. The first Murder is situated on the map. A second murder occurs on the highway. Last murder will occur west of the chest. Just keep scanning and find further evidence.

Identity Thief
This mission can be accessed after you left the subway for the first time. You receive a mission to collect proof against the killer and confront him, for which you’ll be rewarded with Hush Trophy. Scan the three dead bodies they will help you find the Thief. First body is in an alley. Second is an alley close by the ACE Chemicals. The third body is situated south of ACE Chemicals. Keep scanning and find further evidence.

If you have any ideas of finishing these side missions in an alternate fashion then you are free to comment below to share your thoughts.