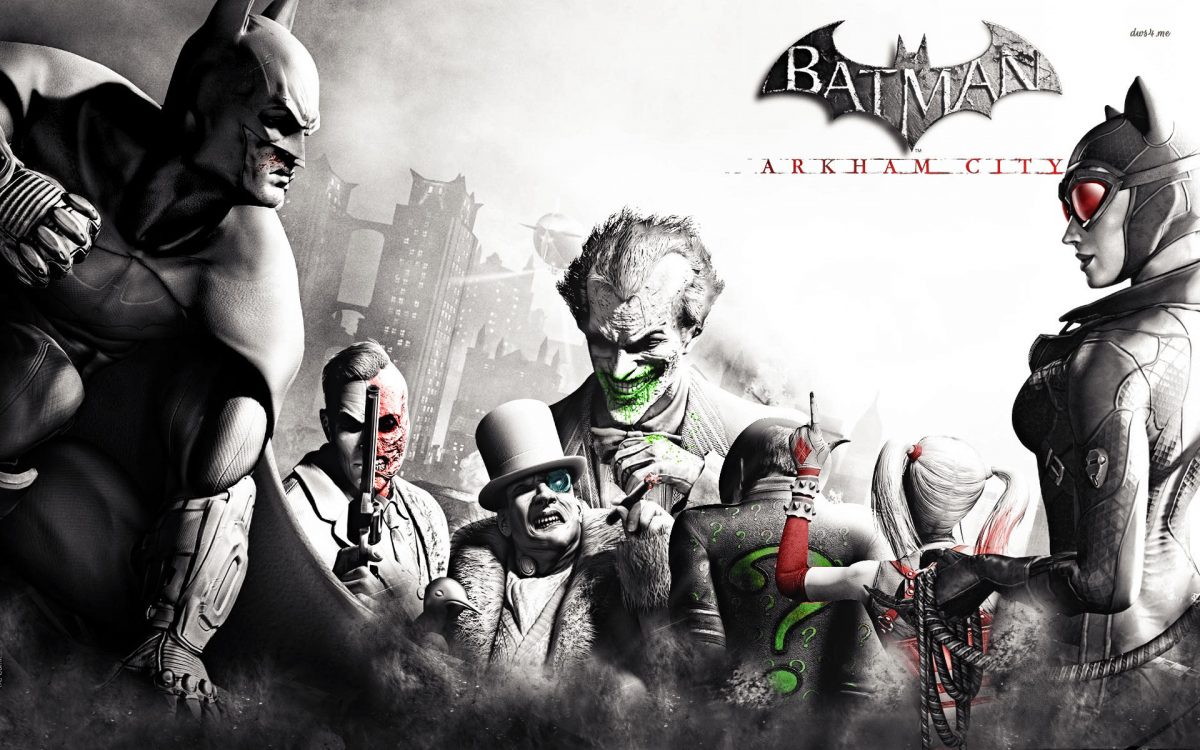 Probably the most difficult task in Arkham City is to defeat the villains and they are many. Batman Arkham City boss fights are challenging because of the diverse set of skills they have. Strategies you can use against Solomon Grundy won’t work against Mr. Freeze, and same can be said for all the remaining boss fights. This guide will walk you through different tactics you can use against these villains and successfully defeat them.

For more help, read our Collectibles, Gadgets and Side Missions guide.

Know how to fight every Villain in Batman Arkham City.

He is a super natural giant zombie hired by Penguin to kill you. You will encounter him in Chapter 14- Museum (The Bowery). As you enter the scene area, Penguin greets you and then introduces you to Solomon where he is chained underground.

He is powered mainly by the generator that channels shock through the three circular pads on the floor around him. You can weaken him by destroying the generator pads which will render him powerless and you will be able to inflict some damage. Use Quickfire Detonate to take them out one by one.

Once you destroyed all three, they will turn on again as a backup, powering Solomon even more. This time Solomon will come with more attacks. He will spin around with the two knockers that will cover the whole ground. You’ll have to dodge them by jumping over them. Secondly, he will come charging and you’ll have to judge that beforehand and get aside.

You will need to destroy generators another time until Solomon in on the ground. This time Batman will try to end but he gets up again and sticks his hand in the generator to get power straight out of it. This time he’ll come up with a third attack launches electric shocks at you. Dodge them by jumping over them. Still, the only way to weaken him is by destroying the pads. Wait for the charges to dies, then detonate the pads for the last time to end Grundy.

Once you have defeated his pet, he will attack you but he is easy. You should strike him few times and follow-up with a quick combo to defeat him.

Strangely difficult boss – because fighting in his realm will distort your Batman senses and you may struggle to get hold of yourself. It will be difficult to fight under these circumstances but keep your focus. First, you will encounter his sand assassins. Dodge their blades and follow with a strong combo counter to defeat them. During this, he will occasionally appear and slice through to inflict damage on you. Look out for that and try to dodge it to save hp for later.

Once you have defeated sand assassins, Ra’s will appear in the center of the map. He uses three attacks mainly, ninja stars, blue power grid coming your way and thirdly slash of his giant sword. All these attacks are easy to dodge as they follow a set pattern. Whilst you dodge, try to inflict damage on him using ranged attacks.

After a brief encounter with him, you will face the sand ninjas again. Follow the same strategy to get rid of them. Keep an eye on Ra’s as he teleports to attack you. After that incident, he will again take more central role in the fight. This time, he has more protection so you need to time your REC accurately. In the end, when he is defeated, he will take his daughter hostage and when you get the chance, use your reverse Batarang to defeat him.

You will encounter Mr. Freeze in Chapter 22 – Gotham City Police Dept. You will need all your stealth skills against Mr. Freeze because he is too strong to be taken out directly. Another interesting aspect of this boss fight is that Mr. Freeze will anticipate your strategy and block off locations when you try to sneak up on him. So, you need to be smart to take him out and use locations strategically to defeat him.

Start off by hiding within the grates and pop out with an underground takedown. Or you can take the high route and bounce on Mr. Freeze from the upper banisters.

If these don’t work, you can use sneak back attack and if that doesn’t work, you can destroy one of the sculptors of Nora to distract him. Though this stunt will make him more protective rather than being vulnerable.

Mr. Freeze is vulnerable to electric shocks and there are two places, you can use to get electrocute Mr. Freeze. First, wait for him to stand near a generator and then use REC blast. Second, there is a pool of water in the center, but you need to lure him out to pull this off. Once he is out, electrocute him.

It would be a tough fight but after few sneaky take downs and electric shocks, he will come back to his senses and reward you with Freeze Blast Grenade for helping him, one way or another.

Joker is never alone, so expect resistance from Mr. Hammer and Titan. Joker is a tough fighter himself, so your strategy should be to get rid of Mr. Hammer (one of Abramovici Twins), and Titan mutant.

Distract Mr. Hammer with REC blast – it will also damage anyone close to him. Soon the bodies will start stacking and if you are not quick enough, one of these will be yours. Joker Clowns attack in swarms and if that wasn’t enough, there are fun house cars.

During the fight, Joker will throw boxes and knives toward you. He is a big distraction as well as threat when you are dealing with his pets. You can fire a freeze blast on Joker when he becomes a nuisance. Once you have defeated Mr. Hammer and Titan, give Joker a taste of your new combos.

If you are quick enough, you can easily evade and dodge whatever Clayface throws at you. Use your Freeze Blast as the primary damage dealing weapon, and when Clayface is down, use Ra’s sword to finish Clayface.

What ? he didn’t die, that’s right. Joker has a last laugh here but let’s just keep our focus on the fight. Every time you cut down Clayface, he rises from his puddle.

To get rid of him, freeze him. Use a freeze grenade and freeze Clayface but every time you freeze Clayface, you will need to destroy a larger wave of goo soldiers. Once you have defeated them, toss a large ice bomb to have the final say in Arkham City.

Share your own strategies against these villains with us by commenting below!