How to Play As Walker in Back 4 Blood 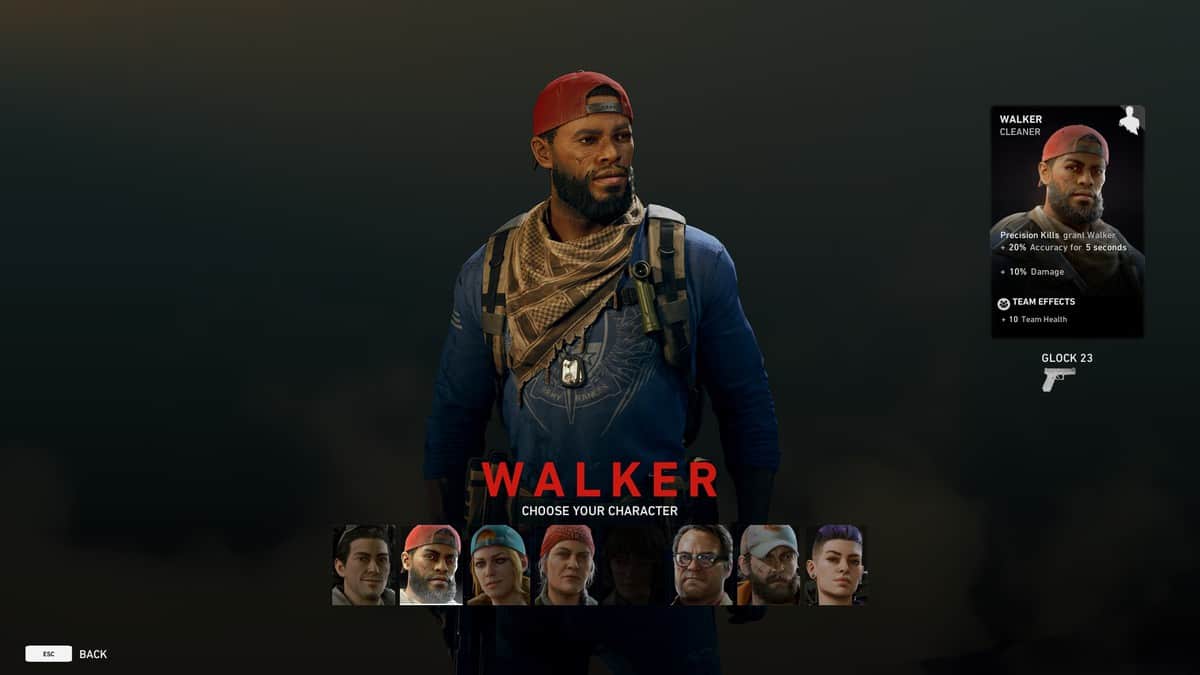 Back 4 Blood is a new Zombie Survival Shooter game, that gives you the ability to choose from many characters to play with. In this guide, we’ll be showing you How to Play as Walker in Back 4 Blood, and what weapons, cards and builds you can use to bring out the most of Walker’s potential.

How to Play as Walker in Back 4 Blood

Walker is suitable for players that like to take part in ranged combat, rather than engaging in a closed fight. He excels in sharpshooting skills by dealing high damage with more precision.

Once you load into the mission with Walker, you will only have a Frag Grenade in your hand. You will now have the option to choose between Assault Rifles and Sniper Rifles, both of which can be termed as perhaps the best weapons for Walker.

Assault Rifles are best in situations with hordes of zombies and against bosses. Choose a rifle with high accuracy and a slow fire rate to deal extra damage to enemies. Some of the best Assault Rifles to choose are:

Sniper Rifles are extremely powerful against heavy bosses, only if you have the skill to aim at their weak spots. The best sniper rifle in the game at the moment is:

Walker is a marksman with great leading capabilities and extra firepower, but one of Walker’s drawbacks is the lack of ammo and utilities. As you progress through the game, you will get more cards, some of which can be used to make a formidable Walker.

We have picked the following 12 cards that we think are best to use with Walker and help fill for his drawbacks.

Pep In Your Step