Father Assaults Teen For Beating His Son In Video Games, Puts Him In ICU 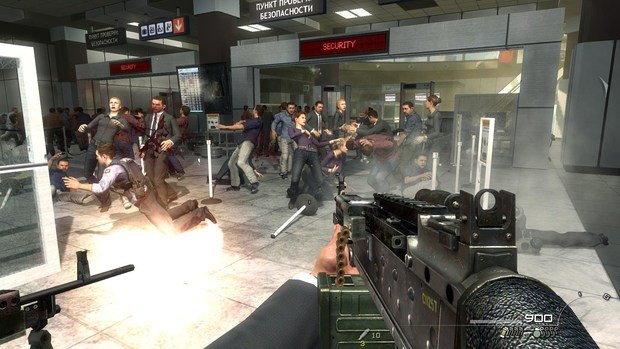 I’m a strong believer in the fact that video games DO NOT incite violence. There’s been violence in the world before the creation of video games and sadly, there still will be more violence in the future. While video games are often violent, sometimes as a selling point, that aggression doesn’t translate into the real world unless there other under laying issues. And in this case, there are definitely some underlying issues with the people involved.

The incident happened at a gaming store in Malaysia. A pair of teens were playing at a store owned platform, most likely for promotion/demos. One teen, 19, constantly beat the other who was reportedly quite younger.

The younger teen was at the store with his father, who was uncomfortable with how often his son was losing. So he offered the 19-year-old a bribe under the condition that he threw the next match. The teenager agreed and pocketed the bribe.

However, the teen still won the next game regardless of taking the bribe. I won’t get into the finer details of whether or not that was morally right. I personally think it’s just sad that you can’t stand the sight of your son losing in a video game that you have to BRIBE the other player. Anyways, the adult, with possible mental issues, proceeded to brutalize the teenager. Reportedly hitting him with a chair before dragging him out the storefront.

A lone high school student was beaten up by 5 to 6 men just because of misunderstanding on electronic games.

The victim is in ICU due to broken ribs

Police are on the hunt for the rest of the gang, one is apprehended pic.twitter.com/rk9XL27MNP

Once there, he proceeded to continually kick and stomp at the guy’s head and body. Strangely enough, three other people got involved for God knows what reason.

The teenager suffered broken ribs, punctured lungs, numerous bruises, and a shattered spine. He was taken to the ICU soon after the incident took place.

One of the men involved in the assault was arrested and photographed while others are still at large and possibly facing jail time.

Violent acts such as swatting can be associated with video gaming in some ways. But the violence itself stems from the person committing the act themselves. Nothing more, nothing less.