Assassin’s Creed Origins DLC “The Hidden Ones” Detailed By Ubisoft 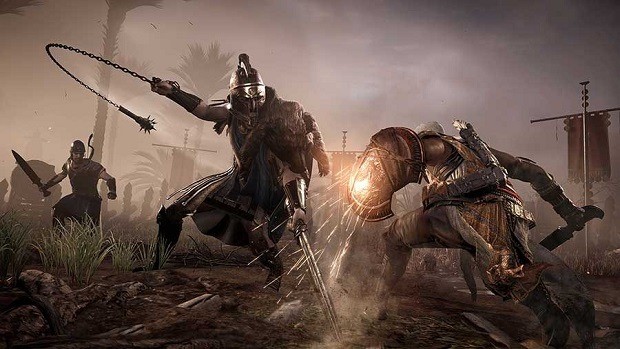 Ubisoft has detailed the upcoming Assassin’s Creed Origins DLC known as “The Hidden Ones”, along with everything that entails. The DLC pack will be coming out tomorrow for all players (adding a bit more Egyptian to the week as Total War Warhammer 2’s Tomb Kings also come out tomorrow).

The Hidden Ones, according to Ubisoft, will be a short mission that takes place a few years after the events of Assassin’s Creed Origins, making it a pseudo-sequel. Players will be traveling to the Sinai Desert (the area between Egypt and what is today Israel and other Middle Eastern countries), where the newborn Assassin Brotherhood must contend with a Roman occupation of the region.

Players will be introduced to the DLC through a free mission known as “Incoming Threat”, and while the Assassin’s Creed Origins DLC only has one main mission in it, hopefully there will be a great deal of sidequests and locations to explore. The DLC will also raise the level cap from 40 to 45, so players who have maxed out Bayek will be able to level him up some more as the DLC progresses.

Four new legendary weapons, two new mounts, and new regular weapons will all also be getting added along with the DLC. Players who own the game’s season pass will be able to download The Hidden Ones for free, while other players will have to buy it.

This particular Assassin’s Creed Origins DLC pack is the first one that’s being released for the game. Players will also be getting the “Curse of the Pharoahs” pack, which is more supernatural, and the Discovery Tour, which allows players to travel around the game’s map without combat or quests in order to learn more about life in Ptolemaic Egypt.

Players will be able to buy the new Assassin’s Creed Origins DLC tomorrow on the Xbox One, Playstation 4, and PC.