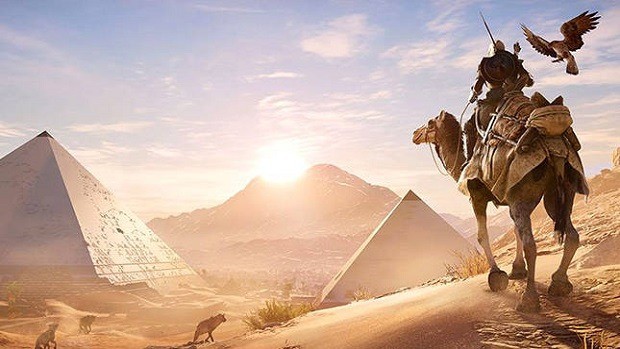 Guesdon amongst others talked about the “three pillars” of Assassin’s Creed Origins – combat, narrative and exploration, which was also a case in Assassin’s Creed 2. The developer team worked on those sections carefully so that they could give a polished title in the end.

The first pillar, combat is the first thing they wanted to address when the development started. Giving a new combat system to the Assassin’s Creed Origins seemed essential since this is a milestone-setting title for the franchise since it indicated the forming of the creed. He pointed that changing some moves wasn’t an option and what was needed was a “high-level philosophical change”.

Giving RPG features to Assassin’s Creed Origins was also a part of that huge change in combat. The developer team wanted the players to be able to play the game however they want, complete quests at their own ease, give their character his own playstyle and have more gear on their hands. Guesdon even said he would consider the new RPG elements of the game as a fourth pillar as a foundation of Assassin’s Creed Origins.

As for the other two pillars – narration and exploration, Guesdon said:

For navigation, you’re able to climb everywhere while being able to swim and dive everywhere. Narrative, we wanted to come up with a much more balanced experience between the exploration of the world and strong narrative. This is why we moved to a quests system, allowing you to have multiple stories.

Giving players the opportunity to play Assassin’s Creed however they want may be the sweet spot for making this title the biggest one in the franchise. As Guesdon said to his team “Assassin’s Creed Origins needs to be more fluid, more dynamic, and more modern than the previous ones.” and for that to happen the option of choice was almost essential.  That’s why there are even difficulty adjustments to adapt to your playstyle and give you the freedom you need.

Assassin’s Creed Origins is releasing next week on October 27 for Xbox One, Playstation 4, and PC.