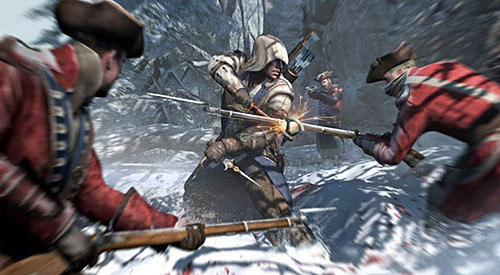 Treasures hold most valuable items in Assassin’s Creed 3. Immediately, after arriving in Boston, you can start your search for the hidden treasure chests, but it is recommended that you unlock a larger area of the Boston map before you indulge yourself in treasure hunting.

Treasure chests are scattered throughout the game, and you will have to buy all seven maps from shops to reveal the locations of these chests. While some of the chests are in plain sight, most of these chests are carefully hidden or heavily guarded. For more help on Assassin’s Creed 3, read our Almanac Pages, Feathers and Peg Leg Trinkets Locations.

There are several reasons you should hunt for these treasure chests but mainly because you need money, weapons, items and equipment for upgrades. You will have to lock pick chests found in the cities because they are usually locked. Make sure you have practiced lock-picking enough to unlock the locked chest when you find it.

To save you money and time, we will be adding location maps for these chests for every area/region. Following are the areas/regions you should look for these treasure chests:

Some of these treasure chests are heavily guarded so make sure you have the necessary upgrades to fight the guards before you attempt to retrieve the treasure.