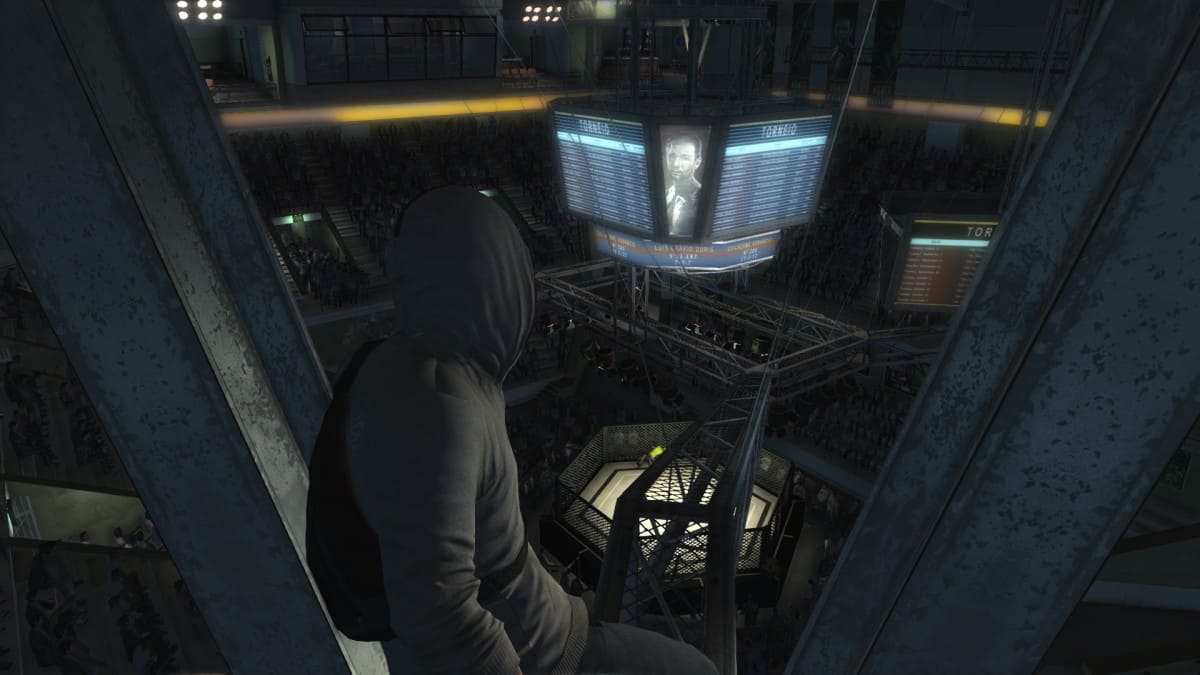 Assassin’s Creed 3 has a whole host of pop culture references littered throughout the game. It was only natural that a game of this scale and magnitude would have in itself a lot of pointers to the outside world. These Assassin’s Creed 3 Easter eggs provide a welcome little distraction from the main game because let’s face it, everyone needs a break from their work once in a while even if their work is saving the world and all that.

In this guide, we have compiled a whole list of Easter eggs found so far in the game. Please remember this guide will be ever expanding as we find new material and post it here.

If you have any knowledge of such Easter eggs, which are not present in this guide, then do share it in the comments’ section below. Now without any further ado, here are the Easter eggs in the game:

MMA Match Easter Egg
UFC and Assassin’s Creed have a strong relationship. In fact, there is a UFC cage present in the game if you know where to look. The stadium is located in Desmond’s sequence 1 and mission: “Stadium.”

When you reach the catwalk while chasing a guy in this mission, do not simply run past it. Instead, just hang around there and watch the fictional match of Guilherme Venancio and Luis Otavio Duris in the octagon below.

Loch Ness Monster Easter Egg
Nessy may or may not exist in the real world, and she poses the same mystery around her in Assassin’s Creed 3. To find out the truth for yourself, you need to complete a certain side quest called “Monster Of The Sea.” All you need to do activate this mission is to go into the pub, and you will see the name of the quest appear on top of a table of talking men.

After this you will need to travel around Boston and eavesdrop on the tall tales of three other persons and also talk to them to finally get at the heart of this mystery.

UFOs
UFOs also make an entry in this game. They can be seen (?) when you complete the “Unidentified Flying Object” mission in the Frontiersmen Membership Side Missions. To activate this mission just talk to the grizzled hunter in the tavern. Be warned the ending of this mission may be a bit anti-climatic.

Da Vinci’s Flying Machine
You get to have a go with a copy of Leonard Da Vinci’s flying machine in the side quest called Homestead Mission. Sadly, it is not as great as the original one. In fact, it even does not manage to fly at all; you would only end up crashing into the water below.

Cool Hand Luke Easter Egg
This reference to the 1967 movie can be randomly heard while walking alongside the ladies in the streets of New York and Boston. They randomly say the dialogue from that movie: “What we have here is a failure to communicate.”

Sasquatch Easter Egg
To find and meet the Sasquatch just complete the “Find The Sasquatch Mission” in the Frontiersmen Membership Side Missions quest line. Again be prepared to be a bit let down though.

Turkish Assassin
This very unique Turkish Assassin can be found at Davenport Homestead during sequence 6. Go ahead and take cover behind the back wall near the porch and whistle. Once the turkey appears, tarket and put in the konami code which is up, up, down, down, left, right, left, right, B, and A, which will then change the turkey into an assassin. B and A are switched with circle and X respectively, and A and B on Wii U.

The Boy who Cried Wolf
You have heard this name before probably if you studied this Aesop’s fable back in school. The boy can be found in the game north of New York in a secluded camp. You can find his corpse eaten by a wolf, which will spawn a wolf near your location.

Culper Ring
In the Animus Database you will find a reference to Y: The Last Man, which mentions a specific Agent 355.

Hinting at AC Origins
Talking to Shaun after the first real life mission, Shaun will suggest dialing the Animus back to the first civilization to see what the people were like. It could have possibly been a hint towards the future title of the series; AC Origins.

Broken Sword
The Broken Sword Knife was actually a reference to a series which also dealt with a history of Templars and Assassins known as Broken Sword series.

French Flag
The hanging laundry found in the game is actually arranged in a pattern to resemble the French Flag.

QR Code
A QR Code is hidden within an image right above the MMA ring while Desmond is in Brazil.