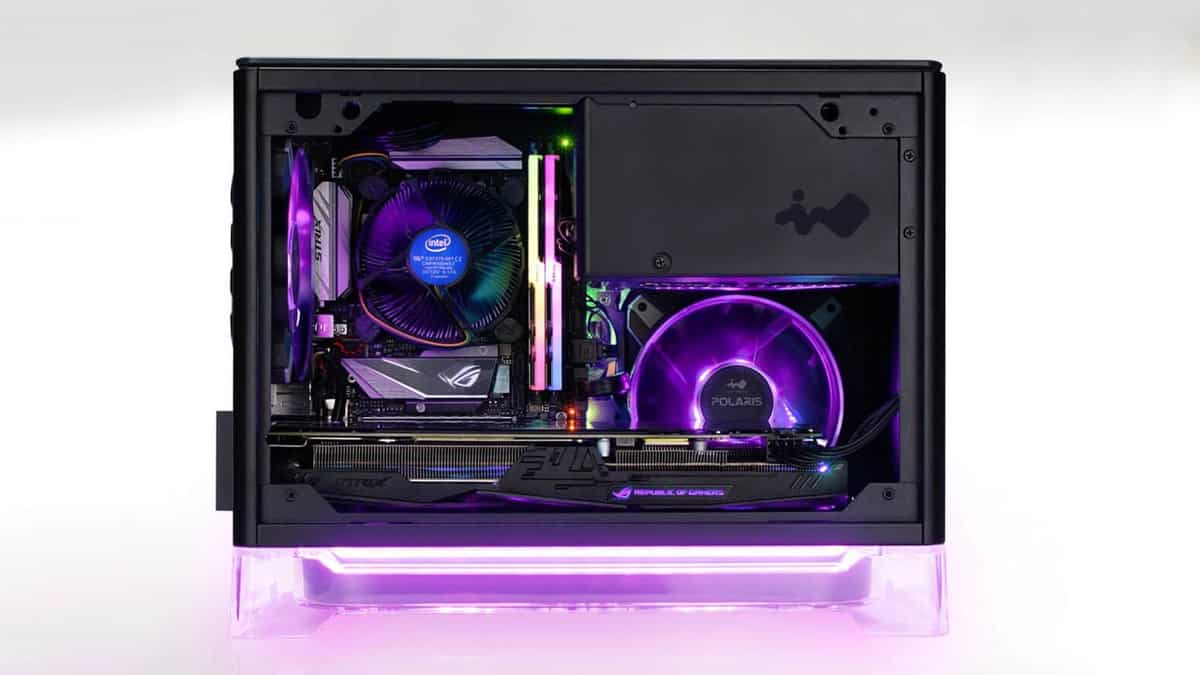 It is often seen that mini ITX builds are avoided for a few reasons. The reasons are very plain, to be honest, they are not easy to make. You require precise measurements of all components according to the clearance of the casing. A mini ITX is often referred to as a small form factor pc, because of its small size.

Almost all mini ITX builds are as portable as a console would be. But it can pack the power to run all AAA titles at high or ultra setting depending on the components installed in it. Mini ITX builds are very complicated, you have to consider a lot of factors in it.

There are plenty of cases that are advertised as mini ITX or small form factor PC cases. For instance, the Corsair Crystal 280X RGB or the NZXT H200, but they are big enough for micro ATX sizes as well.

This makes them not a good enough choice for mini ITX. We cannot call setups in these cases true small form factor PC builds. But if you build something in a case like the Fractal Design Node 202, that will be a true mini ITX build.

So it depends on what you want, you can always go for a Corsair 280X RGB or something similar. But for something that is as light and small as a console, try true small form factor cases like Silverstone RZV03 or Fractal Design Node 202.

One of the things to keep in mind while building a small form factor PC is definitely the airflow. Due to the heavy congestion of components in a small casing, the airflow is affected heavily. If there is not enough airflow for the CPU cooler to blow on the CPU and VRM you will face severe throttling.

The term for when your CPU starts to lag due to overheating is called thermal throttling. To avoid that, you need to give your CPU a sufficient amount of cooling. People often use liquid coolers for their CPUs so they can use it at its peak potential without facing throttling.

But for a mini ITX build, that can be a problem as liquid coolers require plenty of space. You need to have a casing that will be able to support mounting multiple radiators for cooling.

These cases are very hard to get liquid coolers in, they require very delicate custom water loop cooling. We have seen some enthusiast builds with the Fractal Design Node 202 with custom water cooling.

But most people opt for a cube case for mini ITX systems for one reason. They have a much larger capacity for airflow and thus cooling. But for true small form factor PC, you need something like a Fractal Design Node 202 or SilverStone RVZ03.

If you have something like the Node 202 or Silverstone RVZ03, you need a low profile CPU cooler. Something like the Cyrorig C7 or the Noctua NH-L12S is a perfect fit in these mini ITX cases.

You would also need a similar GPU that could fit in a mini ITX casing. Something like the Gigabyte GeForce RTX 2070 MINI ITX 8G will be great. Not only will your PC be able to run AAA titles at high, but it will also have all the perks of RTX series. This will make your PC better than most consoles.

Be careful of HDDs and SSDs, as a casing such as the Silverstone and Fractal Design mini ITX cases will not have space for 3.5″ drives. They typically use 2.5″ drives instead and can be mounted easily on the case. We would suggest a SATA III SSD instead of an HDD, it would fit easily in a 2.5″ drive bay or mount.

Usually, clearance is mentioned on the casing in inches, so you can measure the card’s size ahead. The same goes for the other components like CPU cooler and RAM. Most memory sticks fit inside without any issues but choosing something like the Corsair Vengeance LPX over RGB or Dominator Platinum will be a better choice here.

Usually, you have to tuck away the cables in a manner that they do not choke the airflow. Not doing this can cause heat up problems later on in the line. This can also make it hard for you to do periodical clean-ups of your computer for dust or such.

Using a modular PSU does reduce the mess from all these cables, but cable management is required. Doing so will make your build efficient, clean and will have enough airflow for keeping thermals at check. Using velcro and zip-ties is a good idea when needed, so use those as required.

Once you are done with fitting the components, cable managing, and making sure, enough airflow is available for the build, you will have a PC that is as small as a gaming console but 5 times more powerful or even more depending on the components you chose. You can now take this PC to LAN parties or even to your living room LED TV for split-screen gaming.

The PC will be light enough for you to pack it in a bag and take it to your friend’s for the weekend of gaming. You can even do editing jobs on this PC and shifting it around is no problem at all. The Silverstone RZV03 can be placed vertically like a very slim and light tower PC. This way it will take very little space on any setup you make for it. We believe minimalists will love such a build and recommend it to them.