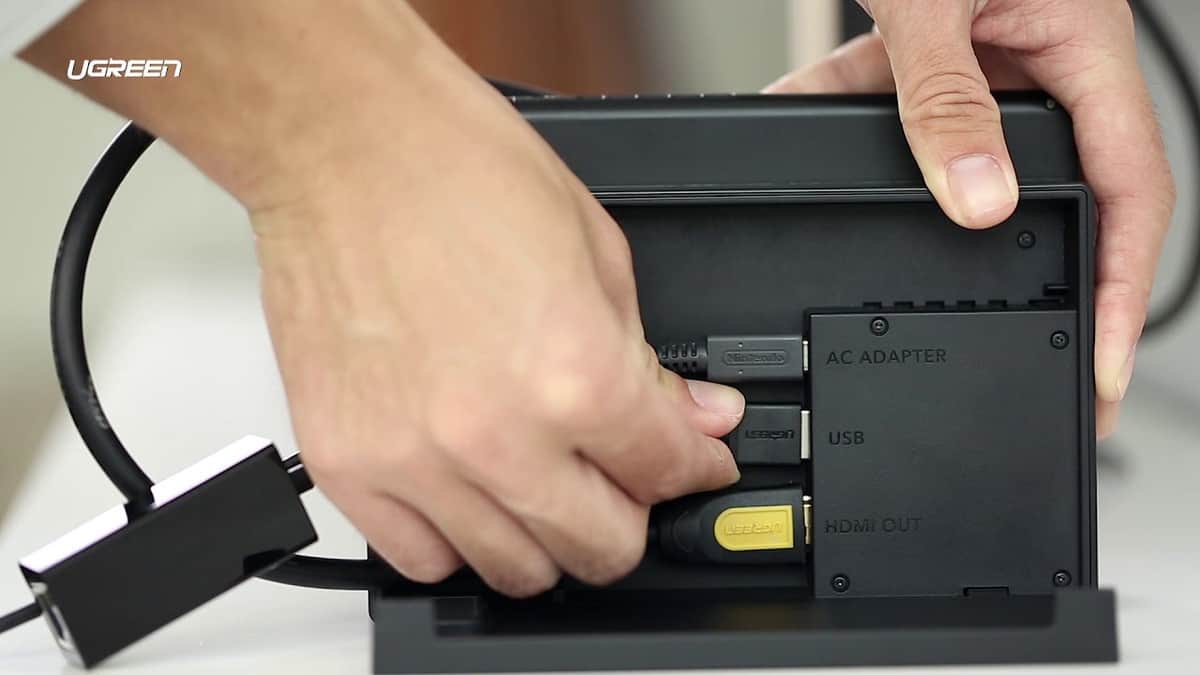 If you feel your wireless connection just isn’t doing it for your switch, there is another option. There are Ethernet adapters that can be used to get high-speed internet connectivity on the Switch. We are here to recommend you the best Ethernet Adapters for Nintendo Switch. So that you can play multiplayer with your friends from home without trouble.

The official Nintendo Switch Ethernet adapter, which is one of the best Ethernet adapters for Nintendo Switch is USB 2.0. This adapter, which is in our list as well is made by HORI which is a console gaming peripheral brand. There are also USB 3.0 adapters, which as we know have better transfer speeds than USB 2.0 does. So you have a choice here as well, you can go for a USB 3.0 adapter or stick to a USB 2.0 one. 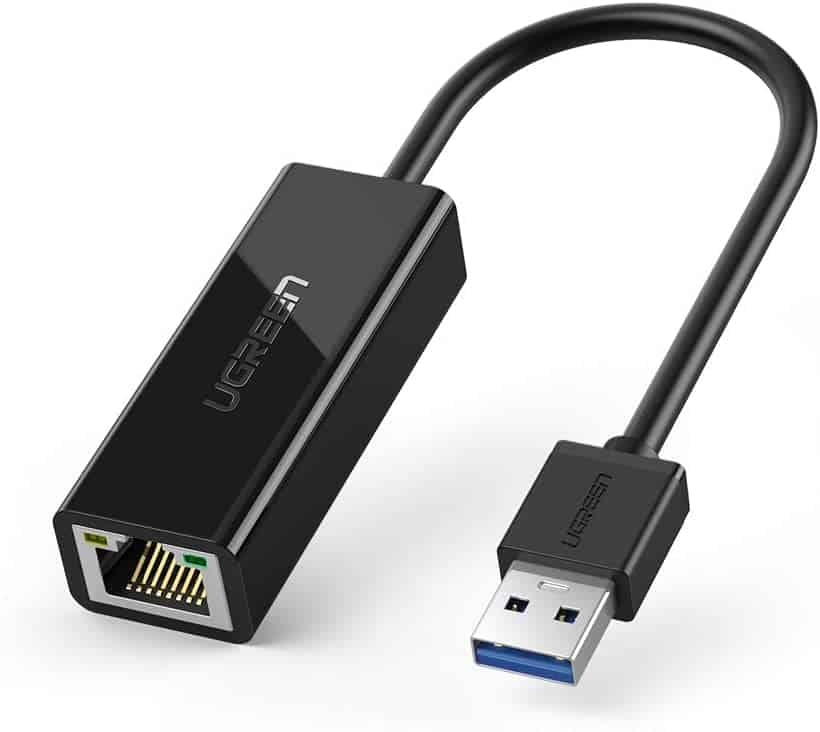 So UGREEN has one of the best Ethernet Adapters for Nintendo Switch, which is considerably more affordable. It will provide you with Gigabit Ethernet bandwidth with the speed of USB 3.0.

Check Price on Amazon
The Gigabit Ethernet Adapter by UGREEN is not exclusive to the Nintendo Switch, but it does have support for it. For the price, it is amongst the best Ethernet adapters for the Switch.

First off, it is a Gigabit adapter, so you get that 1000MBPS bandwidth with ease. The design is fairly simple, an Ethernet adapter that has a USB cable coming out of it. The black color and the glossy finish is a great touch.

The cable is a USB 3.0, but it is fairly short, so you will have to make sure the Ethernet cable will reach it. All Ethernet adapters have this standard length of USB cable, the same goes for the UGREEN USB 3.0 to Ethernet adapter.

The attractive part about this adapter is its quality and price point. For only $16 on Amazon, you can be the owner of this fast and reliable Ethernet adapter for the Switch.

This adapter is compatible with other devices as well, not just the Switch. It has support for Windows, macOS, and Linux devices. So it can come in handy if your Ethernet port is non-responsive. 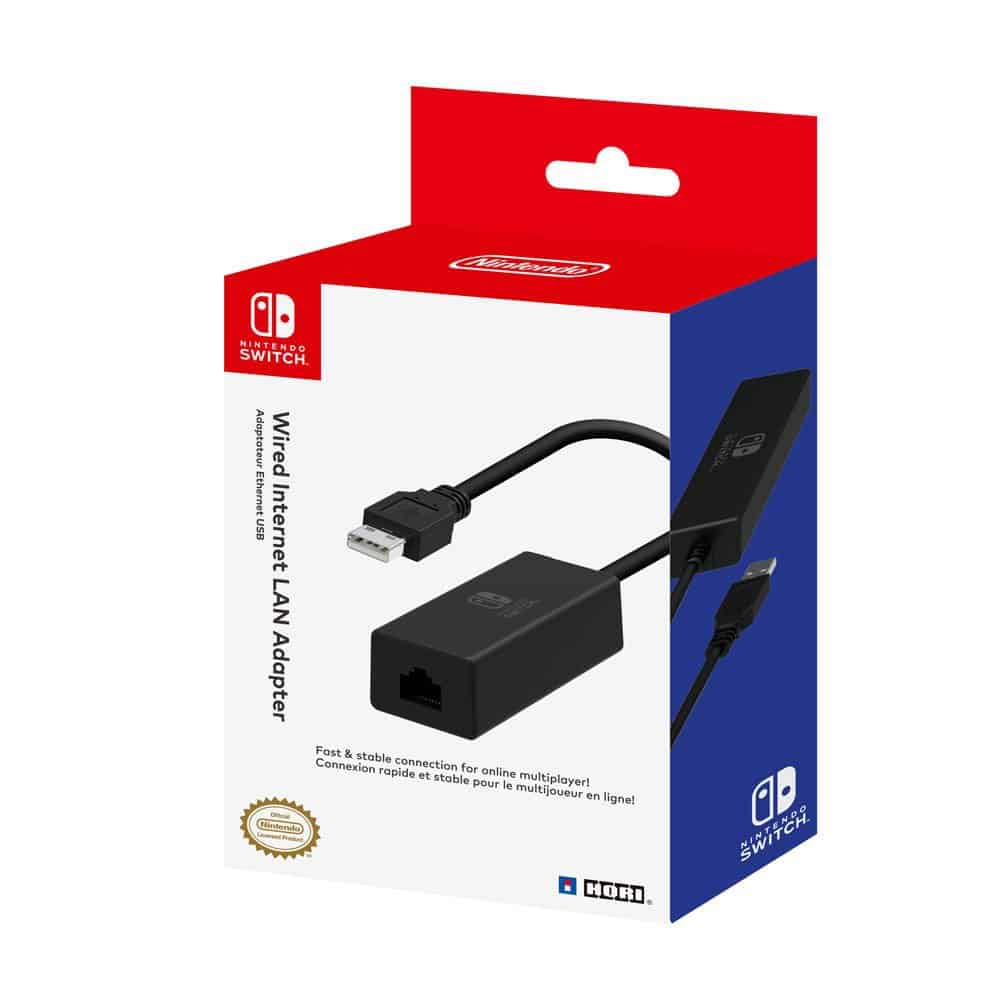 Check Price on Amazon
When you fear for compatibility issues, settle for nothing but the officially licensed product. The Nintendo Switch Wired Internet Lan Adapter by Hori is very expensive for its features.

But as it is with most licensed products, they are very expensive, so is this Hori Ethernet Adapter for Switch. Even though it is expensive, it does not have the best features in our list.

It has only USB 2.0 and a normal Ethernet bandwidth, not even Gigabit. So you can understand why it is a bit ridiculously priced just because it is licensed by Nintendo. For the same price, you can buy USB 3.0 to Gigabit Ethernet adapters with ease.

But being officially licensed means there is no question about its compatibility with the Switch. So you will definitely be able to hook this up to the dock and make it work on your Switch. 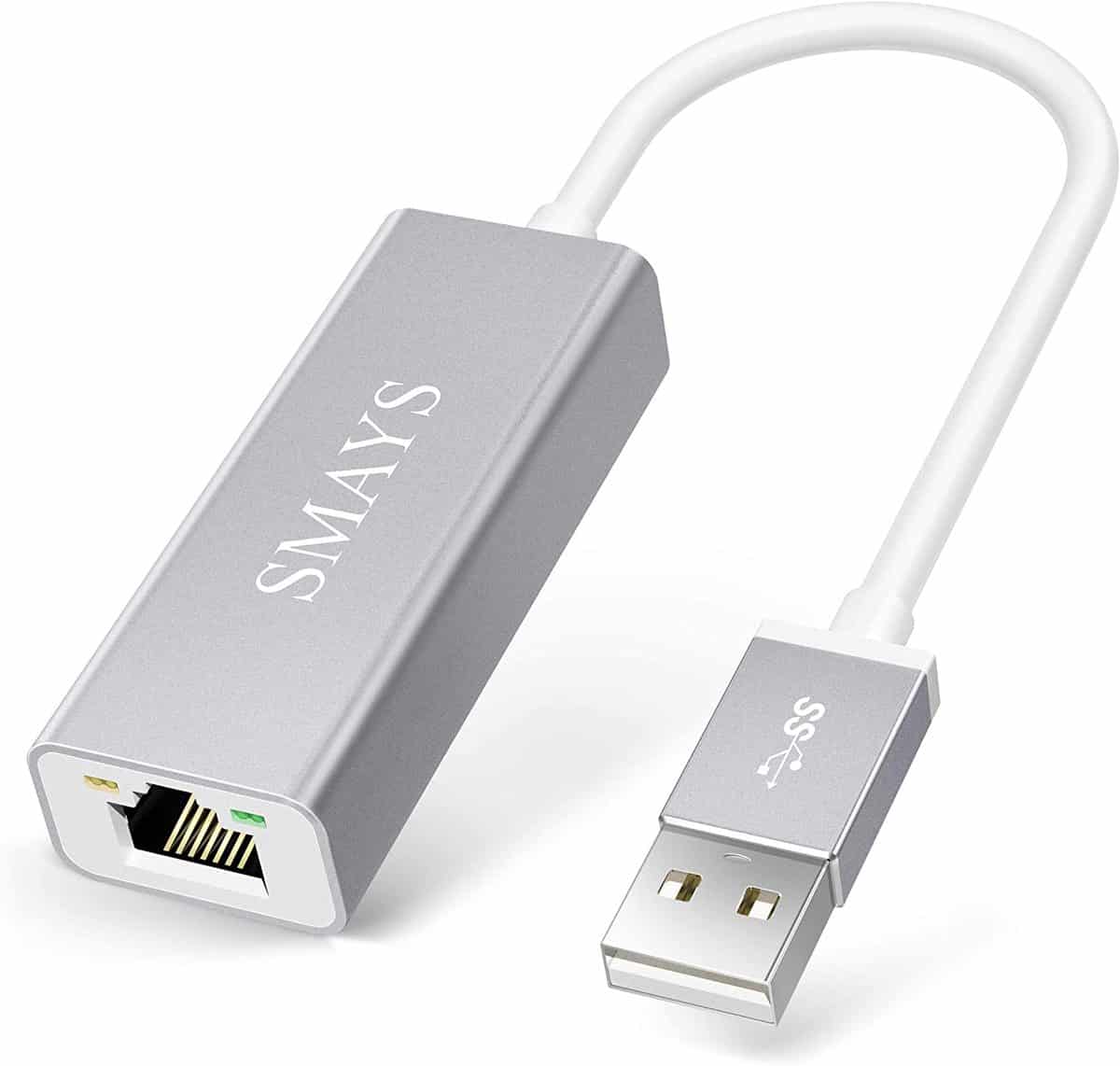 This budget Ethernet adapter by SMAYS is compatible with not just the Nintendo Switch, but the Wii U as well. So if you are a Nintendo fan and have both the Switch and Wii U, you can use this on both of them.

Check Price on Amazon
This is a really affordable Ethernet adapter for the Switch, you can get it for just $11 on Amazon. It does not have amazing features, but it is as good as Hori’s officially licensed adapter in features.

This adapter complements the Wii U more than the Nintendo Switch with its color scheme of white. It feels light, is pretty standard in features and does not contain a lot specification-wise.

With the SMAYS logo on the white Ethernet adapter, you get a small USB 2.0 cable. We all know the limitations of USB 2.0, which means you will not be getting a lot of speed compared to USB 3.0. But it is still faster than what you can get in a wireless connection usually.

The adapter is also not Gigabit, meaning its a plain Ethernet adapter with speeds that reach up to 100MBPS only. With just a little bit more money you can get a Gigabit Ethernet adapter and USB 3.0. But if you are really tight on a budget, this will do the trick just fine.

This adapter does say it supports Nintendo Wii U along with the Switch so that is a plus point for those who have both consoles. But other than that there does not seem to be a plus point in buying this adapter. 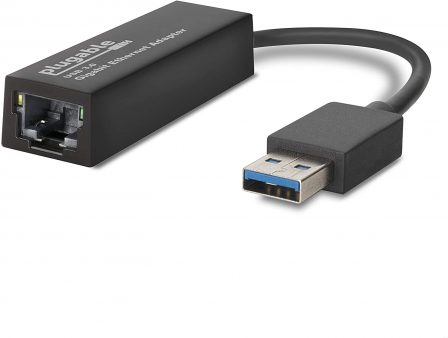 This USB to Ethernet adapter by Plugable is one of the best Ethernet adapters for Nintendo Switch. The reason behind it is that for the price point you are getting not only USB 3.0 but also Gigabit Ethernet bandwidth.

The USB 3.0 allows for up to 5GBPS speeds and the Gigabit Ethernet will give you a bandwidth of 1000MBPS. This adapter, along with the UGREEN adapter, our best overall choice, is the best one on our list.

Plugable is a pretty decent brand, their Bluetooth adapters are pretty great. This brand is pretty affordable and has a good build quality.

So far it is one of the most recommended brands for adapters on the internet. Our experience with it was also great, we had no complaints whatsoever with it.