Should You Build a Gaming PC Right Now or Wait? 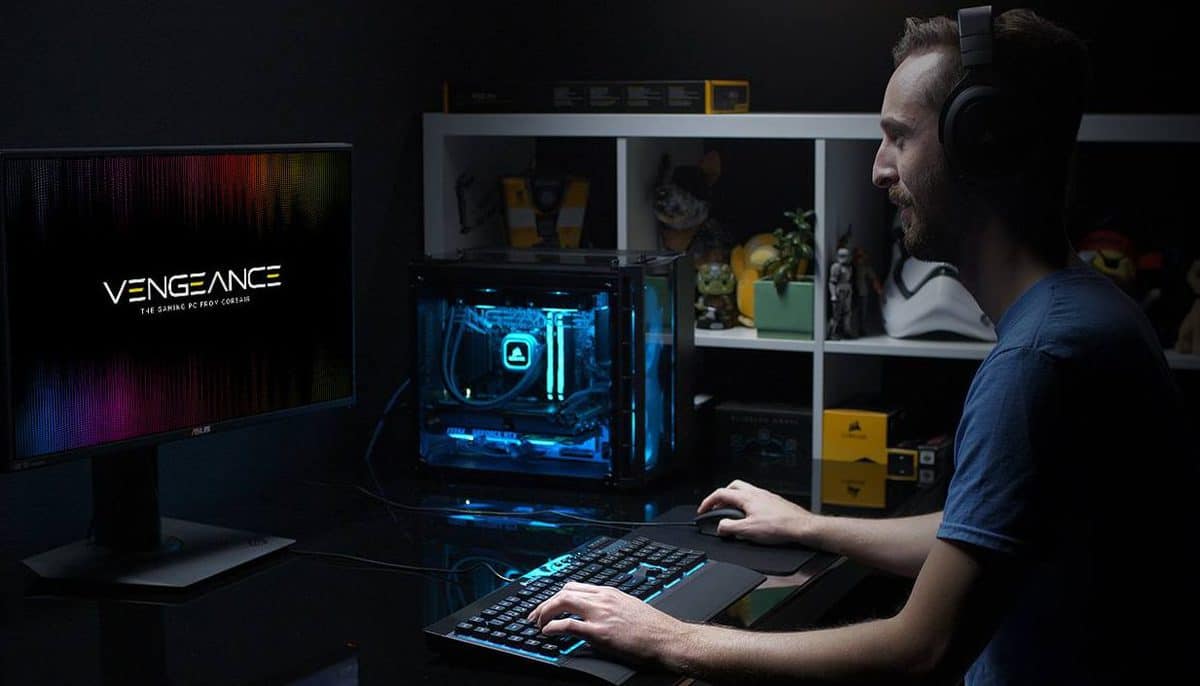 Building a gaming PC is one of the most rewarding hobbies, but it’s also one that leaves you bawling over your empty wallet. Buyer’s remorse is real folks, and that’s why whenever it comes to building a powerful gaming PC, you should analyze the market, pricing, performance, and technology carefully.

Should You Build a PC Right Now or Wait?

All PC gamers have been there: weighing the pros and cons of building a PC right at that instant or simply waiting it out. The price tags of some of the components will drench some in sweat. Others will decide now is the time regardless of what the numbers say or what’s to come.

The above graph shows the price trend of DDR4 memory since the first quarter of the year 2017. The price here is for 16GB of the very popular G.Skill Ripjaws V DDR4-3000 modules. As seen around the center of the graph, prices peaked to nearly double the initial value of the modules in mid-2018.

Thankfully, as holiday season came closer, the market saw a significant price drop. Now, G.Skill Ripjaws V is available for almost the same price as two years ago. While there may be some stability in pricing to come soon, it’s not expected for DDR4 memory to drop any further. Still, the undeniable conclusion here is that this is a great time to buy DDR4 prices. Although this trend is only shown for the G.Skill Ripjaws V, it remains true across all popular memory modules in-terms of percentage drop, including RAM modules with RGB.

DDR4 memory isn’t the only PC component whose price has decreased significantly. While it can be argued that DDR4 memory prices have merely normalized, the price point of SSDs is entering uncharted territories. And in a good way.

Not only have SATA SSD prices gone down significantly, effectively making them a must-buy for any gaming PC build in modern times, the faster and more expensive m.2 PCIe NVMe SSD prices have also fallen in 2019.

PCIe NVMe solid state drives are much faster than even SSDs, with some of the best reaching staggering sequential read/write speeds beyond the 2000MB/s mark (for reference, SATA SSDs can reach max sequential read/write speeds of around 580MB/s). PCIe NVMe SSDs are currently the fastest type of storage systems for normal consumers, and they have a significant impact on how quickly your operating system and games load.

For example, you can now buy a Crucial P1 500GB NVMe SSD for just $80 right now, which is almost the price of what the slower SATA SSDs of equivalent capacity were selling for just the end of last year, according to MiniTool. Again, a reminder that this Crucial SSD can run at incredible speeds of 2000MB/s and 1700MB/s for read and write respectively.

That is a substantial drop in price for what was considered an enthusiast’s component not too long ago. With more and more motherboards incorporating multiple m.2 PCIe slots in them, the natural evolution of the mainstream PC gamers shifting to the much faster NVMe SSDs is taking place, and there’s no better time to utilize it. Even one of the fastest NVMe SSDs available in the market right now – the  Samsung 970 EVO Plus which can reach speeds of up to 3,500/3,300 MB/s for read/write respectively –  is available for a mere $130 when it was demanding around $250 not too long ago.

The GPU market is arguably the most volatile out of all PC components right now. The pricing is all over the place, and there are few options for consumers to choose from. Nvidia has an unequivocal monopoly in the GPU market, particularly the high-end and enthusiast niche.

While the pricing of high-end GPUs is still a complete mess and absolutely unfair to the consumers, the midrange is somewhat different. AMD held on to the midrange market for GPUs with their well-priced Radeon RX 570, RX 580, and recently RX 590 graphics cards. These graphics cards offer solid performance at 1080p resolution, capable of running any modern game on max settings at the resolution at reasonable frame-rates.

Nvidia, however, wasn’t satisfied with only dominating the high-end GPU market, and they’ve come out with two quick knockout punches that may have practically buried the small semblance of presence they had in the midrange GPU section. With the $350 MSRP RTX 2060 6GB and the recently released GTX 1660 Ti at $279 MSRP, they’ve closed the doors on AMD in the high midrange market. 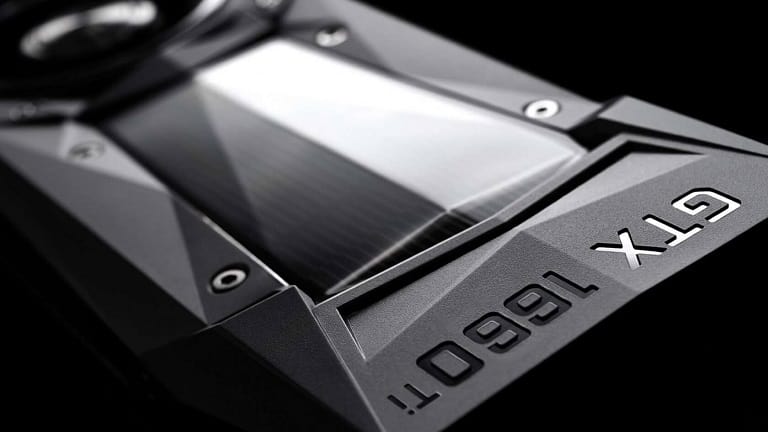 The GTX 1660 Ti doesn’t have the best naming scheme out there, but it’s an undeniably powerful card, matching the GTX 1070 in performance and (more importantly) destroying the similarly priced RX 590 in the process in almost every videogame. AMD has sought to retaliate by offering the Radeon Vega 56 for a cut-down price, but we’ve yet to observe actual price-drops in stores. Additionally, the Vega 56 is a power-hungry graphics card that will require a beefier PSU without giving a tangibly significant improvement over the GTX 1660 Ti.

The widespread availability of the GTX 1660 Ti and the affordable prices of the RX 580/570 make the midrange GPU market viable for most consumers. For those wanting reliable performance at 1440p resolution, the RTX 2060 also offers reasonable performance per dollar when compared to the high-end GPUs currently on offer.

No Major Shift in CPU Technology

One of the biggest reasons to wait it out just a bit longer is the CPU industry. Last year, for the first time in perhaps decades, Intel witnessed a massive and unexpected scare because of AMD’s Ryzen 2 Zen+ processors.

Sure, Ryzen had already had its first iteration of Zen architecture processors in 2017, but Intel wasn’t worried back then as much as they were in 2018. The reason was simple: Ryzen 1st Gen was a mere introduction, and while it piqued the interest of many consumers and sold brilliantly, Intel still had a substantial lead with its 7th Generation processors.

The true scare came last year because Ryzen 2nd Generation (or Zen+ architecture) was a more refined line of processors, and the APUs AMD released with integrated Vega graphics were far better than any APU Intel could manage. The higher core count and higher clock speeds also meant Ryzen was becoming a popular choice for gamers who use their PCs for streaming or content creation.

However, that is still not the reason why Intel got scared. Intel’s attempt to thwart AMD’s growing influence in the consumer CPU market and superiority in thread count couldn’t be matched because Team Blue was struggling to reduce the size of their processors. Stuck on 14nm, Intel released the 9th Generation of Core processors, which were merely incremental upgrades to the 8th Generation despite the release of the very powerful (and very expensive) Core i9 9900K. 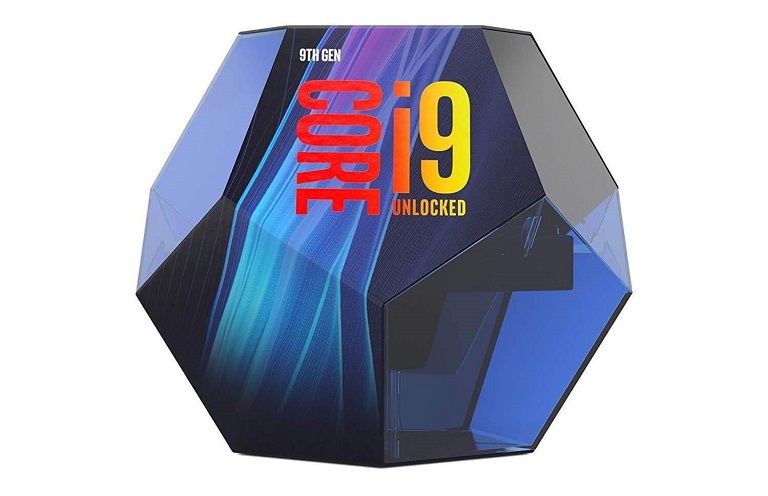 Intel’s 9th Generation processors still suffer from the infamous “Intel tax” with exorbitant pricing, but the biggest advantages consumers now have is that AMD has a superior roadmap for their Zen architecture than Intel does for their current architecture.

Ryzen 3rd generation or Zen2 promises an incredible increase in single-threaded performance as well as thread count due to a massive jump from 12nm to 7nm. The expected release of these processors is only a few months away, and at the very least the announcement will drive prices of Intel CPUs lower and give consumers more options.

For this reason, investing in a 9th Generation Intel processor or even the still-excessively-priced 8th Generation processors seems imprudent. Ryzen 2nd generation is a great option in terms of value for any gaming PC that doubles as a content creation system, but with the imminent release of Zen2 processors it makes little sense to go for the older and soon-to-be inferior 2nd generation Ryzen processors.

As a result, whether you’re on Team Blue or Team Red (or just looking to buy the processor that offers the best performance for your needs), it makes sense to wait at least till the Ryzen 3rd generation processors are available.

While the midrange GPU market is still relatively sane thanks to mild competition from AMD, the high-end and enthusiast part of it is still a complete mess.

Pricing for high-end GPUs has reached astronomical heights because of Nvidia’s unrivaled dominance up there. The RTX 2080 Ti will cost you well over a thousand bucks, but that’s not even the biggest culprit out there. The 2080 Ti is almost excusable because it’s simply in a league of its own and can somewhat justify a price that also matches its claim as the true king.

AMD had a chance to instill some competition with the Radeon VII, but that attempt also fell flat on its face due to the odd pricing ($700) that didn’t justify its performance. AMD simply couldn’t shake up the high-end market pricing because they only added to the problem with the Radeon VII.

The only hope for the high-end GPU market to come to levels of sanity with its pricing is the introduction of AMD’s Navi series of graphics cards. However, there’s still no news about it yet, and if you’re building a high-end gaming PC right now, you’ll have to set aside at least $600 for a powerful GPU alone.

Okay, there’s always more hardware to come, and that shouldn’t stop you from enjoying right now. For a reasonable midrange, 1080p gaming system, it’s worthwhile to invest in a Ryzen 5 2600 and a GTX 1660 Ti at the moment, and we wouldn’t judge for a second if you did.

However, if you’re looking for future-proofing with your next PC build, it’s worth waiting. Building a PC at the start of any calendar year isn’t always the smartest thing. Newer and (often) better products release towards the start of the next fiscal year (after April), and that doesn’t just include essential components like CPUs and GPUs but also other components like motherboards, PC cases, storage drives, coolers, and more.

For a high-end gaming PC, it’s best to wait till AMD releases its Zen2 processors. This will give users more options and also reduce prices of current-gen Intel processors like the Core i9 9900K and Core i7 9700K.

While it’s certainly viable and possible to build a midrange gaming PC right now, we feel the high pricing of the current high-end CPUs and GPUs as well as the upcoming AMD Zen2 processors makes it reasonable to wait just a little longer if you’re planning to build a monster rig.

If you already have a gaming PC, you should opt to make incremental improvements where you can (storage, RAM, PSU), and then shift that over to any new PC you may build in a few months. With the exception of a few instances (like the cryptocurrency boom), patience has often rewarded PC gamers more than jumping the gun, particularly at this time of the year.

As a result, we do not think you should build a gaming PC right now. Wait for a few months for prices to stabilize and more hardware to release, and then make your decision instead of overpaying for hardware that will soon be obsolete.