You no longer have to build a monster PC to run your prized Oculus Rift or HTC Vive VR headset. A VR ready laptop will work well and offer you portability that a desktop PC can never match. The immersive experience of VR is no longer constrained to monster towers. If you have a budget of $1500 for a VR ready laptop, you are good to go.

Gaming laptops have improved massively in performance and are now considered feasible, portable alternatives to the contemporary gaming desktop PC. Thanks to some powerful graphics chips and higher speed multicore processors, many of them can be considered VR ready laptops.

We’ve selected our four favorites, all less than or around the $1500 price point. We’ve limited the price point because VR ready laptops can cost as much as $4000 or more if you delve deep into the market.

Be sure to read our Buyer’s Guide at the end for some insight on VR ready laptop features, requirements, and what to look out for when buying one. 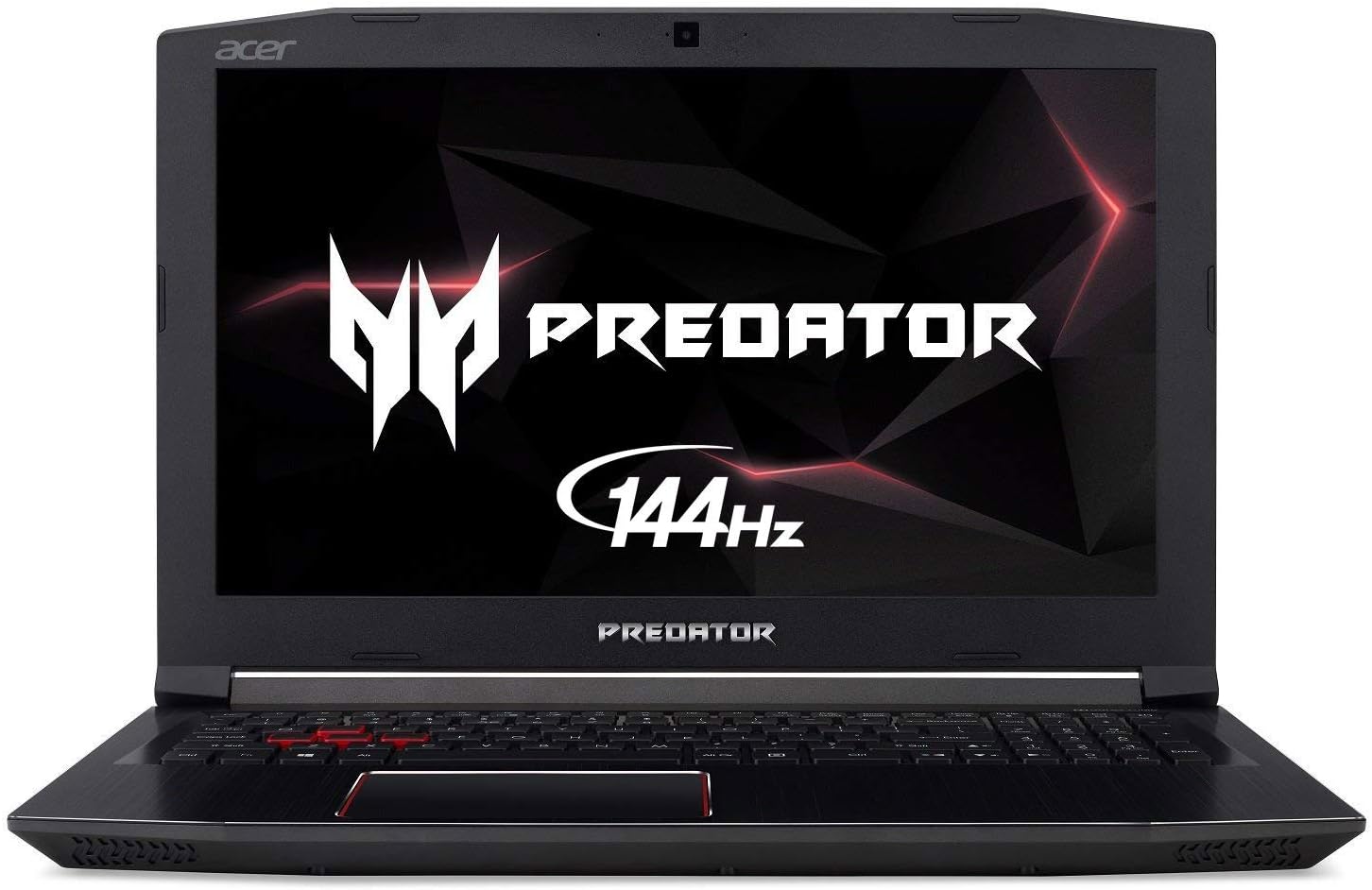 The Acer Predator Helios 300 features the 6-core 8th Generation Intel Core i7 8750H and an overclockable Nvidia GeForce GTX 1060 6GB. You also get an FHD screen with a 144Hz refresh rate and a fast 256GB NVMe SSD.

Packed with plenty of power and boasting a fantastic construction, the Acer Predator Helios 300 15-inch is our favorite VR ready laptop under $1500.

The 15-inch version of the Acer Predator Helios 300 is perhaps one of the best mid-range gaming laptops you can buy right now. It’s packed with features that you won’t find in other gaming laptops at this price point.

The powerful Core i7 8750H drives this laptop with its six cores, and you have a special overclockable Nvidia GTX 1060 to let you get the most juice for gaming and VR experience. Additionally, this laptop comes with a full HD IPS panel that runs at 144Hz for a buttery, smooth refresh rate.

A powerful 256GB NVMe SSD ensures fast boot-up and loading times, and a part-metal design with Aeroblade metal fans ensures the laptop stays cool even during the most rigorous gaming sessions.

You might think Acer has compromised somewhere in the build construction to keep the price down, but that’s far from the truth. The touchpad and keyboard of the Acer Predator Helios 300 are superior to other gaming laptops in its class.

For its sheer power, great pricing, and overall appeal, we do believe the Acer Predator Helios 300 is the best VR ready laptop under $1500 right now and highly recommended it to anyone looking to dive into the VR world. 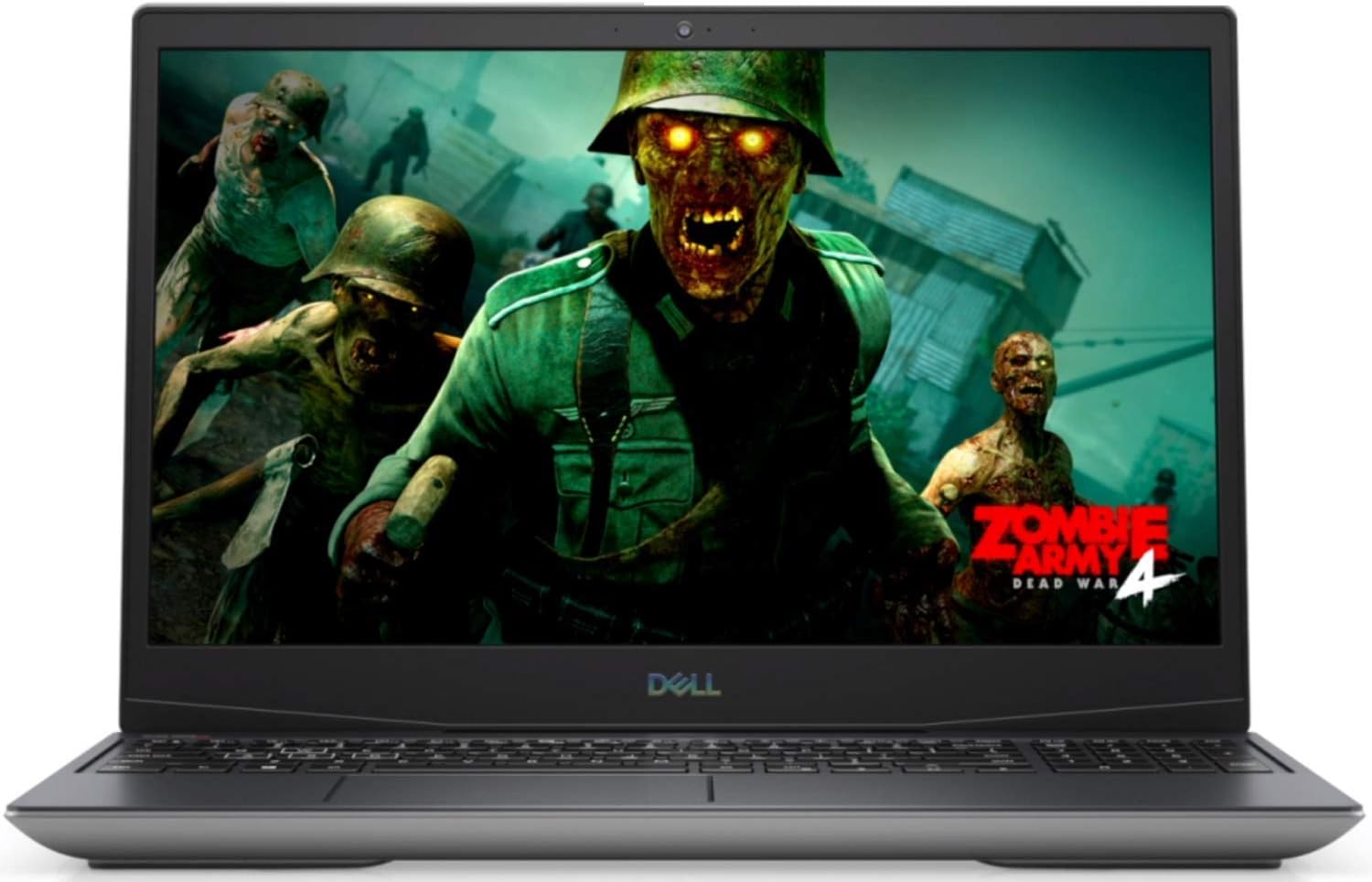 While looks may not be the G5 15 SE’s strongest point, but when it comes to performance, it blows away its competitors.

It’s fast, powerful, gaming, and VR-ready right out of the box. And for a price range that is comparatively an on-budget price considering other options, it is one of the best VR-Ready laptops right now.

Dell G5 15 SE (2020) is, believe it or not, a budget VR-Ready laptop. At a price range of around $900-$1100, it packs some serious computing power that makes your VR experience a breeze. The world of VR is evolving and growing and so are the requirements that can handle the VR equipment.

While there are a lot of options when it comes to VR-Ready laptops, the prices on those things are absurd, to say the least. The G5 15 SE is a decent enough VR-Ready machine that is not quite as heavy on the pockets as some of the other luxurious options.

The G5 15 SE has a chunky design with a silver finish. It’s not bad per se, but a chunky design in 2020 is a bit outdated and can be a turn-off for prospective buyers. Nonetheless, the chunkiness does give it a more sturdy feel. It weighs about 5.5lbs which is not that bad either.

The laptop has a beautiful 15.6-inch FHD display that is bright and gives incredible detail. The interior is very plain and simple, nothing out of the ordinary. It also features an RGB backlit keyboard that can be customized using the ‘Alienware Command Center’ app. All the necessary ports and slots are there as well.

When it comes to performance, the G5 15 SE is a completely different animal. It features the AMD Ryzen R7 4800H processor along with up to 16 GB of RAM. Not only is this thing fast but it makes everyday computing necessities and heavy workloads look like a joke.

You can open 50 Google Chrome tabs and play 4 1080p videos while running a AAA title in the background, and maybe it will sweat just a little bit. It also houses the AMD Radeon RX 5600X GPU with 6 GB of VRAM and can play most of the current AAA titles at max settings with a 40+ frame rate. That makes it more than capable of handling any VR business as well. Okay, so at the time of writing the Alienware m15 isn’t exactly less than $1,500. In fact, it’s demanding $30 above that budget point. However, for what you get from this laptop, you’ll do well to borrow an extra 30 bucks from someone to own it.

Packed inside is a powerful 8th Generation Intel Core i7 processor. Six cores are on offer here, and the turbo boost speeds can go up to 4.1GHz. This ensures the integrated Nvidia GeForce GTX 1060 6GB Max-Q is never bottlenecked, making this a VR ready laptop that won’t cost the otherwise exorbitant pricing Alienware is notorious for.

The 15-inch monster also comes with a super-fast combination of 256GB PCI-e m.2 SSD and a 1TB hybrid hard drive. PCIe SSDs are some of the fastest out there right now, so you’ll be blessed with fast load times in VR games. You also get 16 gigs of DDR4 RAM rated at 2666MHz, which should serve you well for most games.

It’s the most expensive product on our list, but it’s also one of the most feature-packed VR ready laptops around the $1,500 mark, which is why it’s hard to turn a blind eye towards it. Lenovo Legion series of laptops are one of the best gaming laptops available in the market today for purchase, and the Y740 boasts the latest technology for gaming available in laptops today. The Lenovo Legion Y740 is a top tier model even amongst its other Legion peers, most of the newest Legion laptops have RTX series graphic cards, but the Y740 has a ready to ship laptop with the best available configuration.

16 gigs of RAM, along with 1TB SSD, for the best loading times, it ditches the HDD, but if you want to save some cash you can drop down to an HDD but we would not recommend it since you would want faster loading times on your AAA game titles. This is more than enough for any VR experience you want from a game, and the NVIDIA GeForce RTX 2060 just makes it all the sweeter.

A G-sync ready display with 144Hz refresh rate, perfect response times and NVIDIA compatibility gives you most out of gaming experience. You will get the most potential out of your gaming specs with this IPS 15.6” FHD display and with high refresh rates makes it a great pick. Although since we are talking about VR gaming, screen matters little, it is good to know if we need to game on the actual screen itself that it has a great display.

The best part about the laptop is the RGB features on the body, an RGB backlit keyboard with Corsair iCUE ambient system lighting on the sides. This laptop also features the Legion Coldfront, a Lenovo tech that allows for a cooler experience while gaming even under the most graphic hungry games.

All in all this laptop is a great buy if you have the money to spare, you can find it on the Lenovo site around $1500 price tag, which we think would be worth the money.

VR games and VR applications need a powerful computer. For a good while, VR experience restricted users to powerful gaming desktop computers. VR on a laptop was simply unheard of. Much has changed since then.

Laptops still aren’t as powerful as similarly priced desktop computers, but the surge of high-end gaming laptops have made VR experience with laptops a possibility. VR is still demanding, however, and your laptop will need to meet the minimum requirements for it.

Oculus Rift, the most popular VR headset, lists the following minimum requirements to run it:

VR headsets have similar requirements to video games when it comes to GPU vs CPU. That is, the GPU will handle most of the work and is the ultimate component that will directly influence the overall quality and experience.

That’s not to say the CPU isn’t important – far from it. For a VR ready laptop, you shouldn’t consider anything less than an 8th Generation Core i5. We recommend the Core i7 8750H if you can afford it.

This may seem well beyond the recommended requirements listed above, but that is because those requirements are predominantly for desktop computers. Laptop CPUs are comparatively underpowered and run at lower clock speeds, and clock speeds are the biggest factor in VR experience.

Gaming laptops will run hot under load, and because of their compact nature, they don’t offer the kind of high-end and often extravagant cooling systems as you’d find in desktop computers. A VR ready laptop needs to have an excellent yet compact cooling system to ensure your laptop doesn’t turn into an electronic heater.

Unfortunately, there’s no easy way to determine how effective the cooling system of a laptop is from the specs sheet of any VR ready laptop. You’ll have to rely on extensive reviews to see how cool the laptop runs under heavy load.

Why should I consider a VR ready laptop over a VR ready PC?
While a VR ready desktop computer will arguably perform far better than a laptop, the convenience of portability is completely eliminated. Yes, VR ready laptops aren’t the lightest or the slimmest, but they’re still far more portable than a full-fledged desktop computer. Gaming laptops have increasingly become popular in the last two years, and there’s no reason you shouldn’t enjoy the VR experience on them as well.