Best NAS Hard Drives You Can Buy in 2021 Traditional mechanical hard drives can be used in Network Attached Storages (NAS), but if you want a more reliable and durable solution that lasts you a long time, you’ll want to consider the HDDs for NAS.

Hard drives specifically designed for NAS are more robust, designed to be run for prolonged periods and under intense usage. They are more expensive than regular desktop HDDs, but the advantages they carry make the extra amount you’ll pay for them worth it.

There aren’t many options to consider when it comes to HDDs for NAS. This is a niche market with very few options, as dedicated NAS hard drives are far and few. We’ve made life easier for you by suggesting the best ones out there and reviewing them.

To understand HDDs for NAS better, we’ve also written an extensive buyer’s guide and FAQs section after the reviews. Be sure to check it out so you know what you’re getting into. 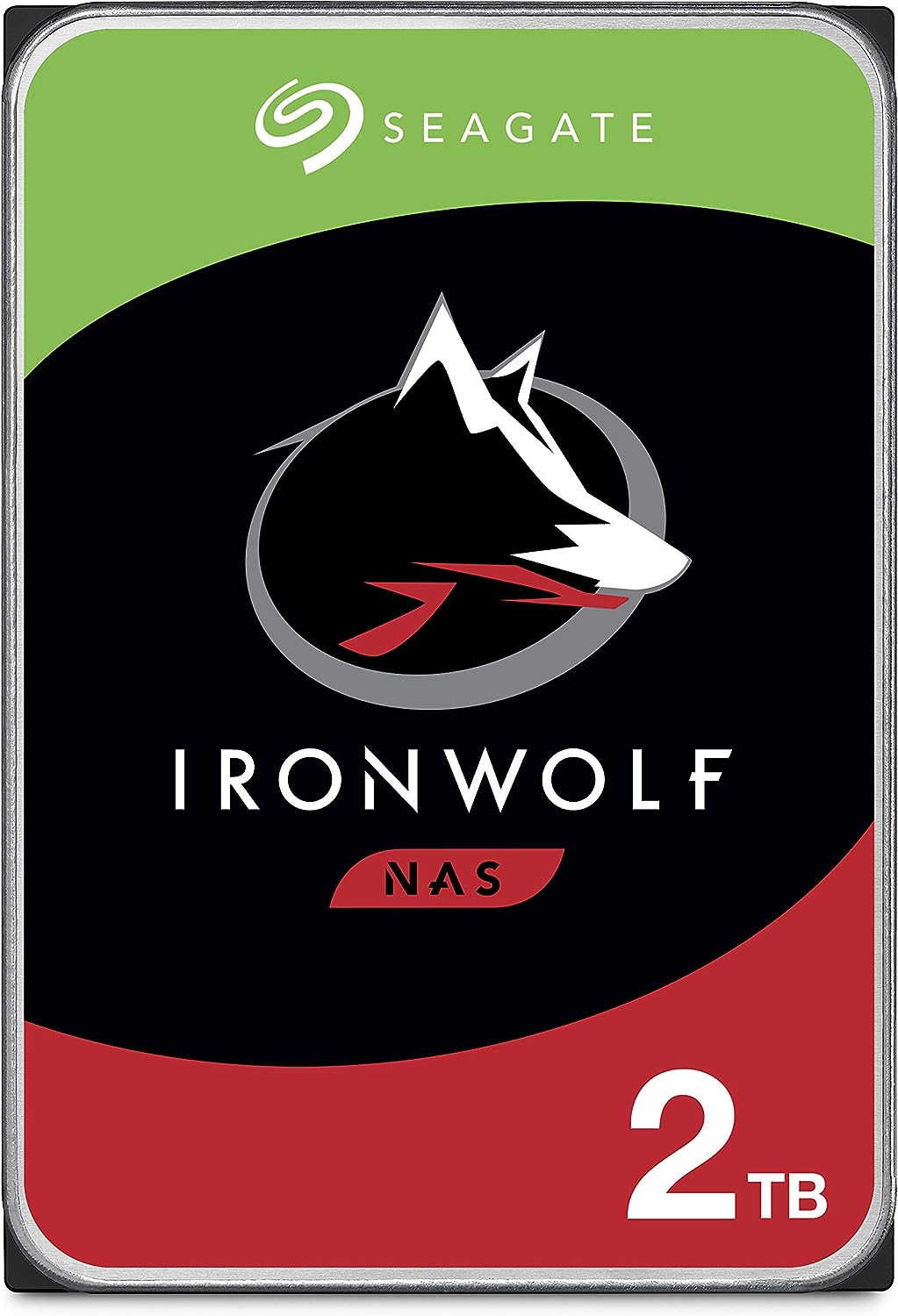 The Seagate IronWolf comes in many storage options, ranging from 1TB all the way to 14TB. It has 256MB of cache and the drives that are 6TB or higher run at 7200 RPM.

The Seagate IronWolf has become one of the most popular choices among NAS users, and it earns our recommendation for its huge set of storage options and fast transfer speeds.

The Seagate IronWolf is the answer to WD Red’s popularity among HDDs for NAS. This drive is available in capacities between 1TB to 14TB, inclusive. The cache of this drive is 256MB, and the speed is 7,200 RPM for most higher capacity models.

Seagate has used its own technology, called the AgileArray, to offer enhanced performance and reliability over regular hard drives. This HDD for NAS can be installed into boxes that support up to eight bays.

As should be with any HDD for NAS, the IronWolf can run 24/7 without shutdown. With these drives, you get three years of warranty. Prices start at around $50 and can go all the way up to $500, depending on the capacity of the drive. It is important to note though that only configurations of 4TB and higher feature rotational vibration sensors, with only the 6TB and higher ones running at 7,200 RPM. 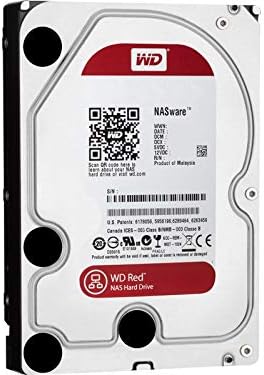 The WD Red runs at 5400 RPM and comes in storage capacities ranging from 1TB to 10TB. This hard drive sacrifices speed for extreme reliability. It also features special vibration protection systems to maximize the lifespan of the drive.

The WD Red is the industry standard HDD for NAS. We recommend it if you want a safe, reliable, and well-performing option.

Western Digital’s Red are the standard HDDs for NAS in the industry. Like the Seagate IronWolf, these drives can be deployed in systems that support up to eight bays. The warranty period offered by WD for the Red is three years.

The WD Red isn’t the fastest HDD for NAS you can buy, but it is one of the most reliable. However, using them in a RAID formation can make up for it. WD Red is available in storage capacities ranging from 1TB to 10TB. It doesn’t offer very high storage spaces like the Seagate IronWolf, but the range should be more than enough for most network storage systems.

Western Digital uses the company’s renowned NASware 3.0 for enhanced reliability and performance. Unlike the IronWolf, every capacity offers vibration protection. However, the RPM is limited to just 5400 RPM. If you want a faster drive than the standard IronWolf with extra warranty and more reliability, you should consider the Pro version of their flagship HDD for NAS. The IronWolf Pro comes in 2TB, 4TB, 6TB, 8TB, 10TB, 12TB, and 14TB of storage space. The cache of this NAS hard drive is 128MB.

Transfer speeds with this drive can reach up to 250MB/s of sustained data, with bursts of around 6Gb/s. The warranty period of the IronWolf Pro is one of the biggest reasons to get it, as it has a 5-year warranty. Seagate also claims that it has the capacity to endure 300TB per year of workload.

The IronWolf Pro also works in a NAS system with up to 24 bays. At almost $175, this is an expensive drive, but it’s well worth it if you’re looking for extra reliability and faster performance. Just like the Seagate IronWolf, Western Digital also provides its own Pro version of the ever-reliable WD Red. With the WD Red Pro, you get one of the most reliable HDDs for NAS you can buy. The WD Red Pro version comes with a five year warranty period as opposed to the three years one on the regular.

Like the IronWolf Pro, it also supports up to 24 bays. The capacities this drive comes in are 2TB, 4TB, 6TB, 8TB, and 10TB. The NASware 3.0 software is still there, and WD adds in the 3D Active Balance Plus technology in this drive to greatly improve its health. The vibration and shock protection is reliable as ever.

5400 RPM is more than adequate in smaller configurations, but if you’re using larger RAID configurations for your NAS, you should consider 7200 RPM hard drives instead.

Hard drives are largely mechanical in function, and the rotation of the disks at such high speeds often results in vibration. Vibration in turn can then cause very slight misalignments, scratches, and other types of physical damage on the disks. This creates errors and bad sectors.

Because HDDs for NAS are designed to run for very long durations continuously, the risk of errors and bad sectors becomes even greater. To minimize physical damage to the NAS hard drives, companies like Western Digital and Seagate add special vibration protection techniques to them.

This not only prolongs the life of the HDD, it also greatly reduces the heat produced. Heat from vibration due to friction and prolonged running can also damage the drive over a longer period, and vibration protection greatly inhibits this from happening.

Warranty is important even in regular desktop drives, but they become essential in HDDs for NAS. This is because the drives are pushed to run for longer durations with intense read/writes happening during that time period.

Despite the best efforts of the manufacturer to reduce the probability of hard drive failure, it is not a matter of “if” but a matter of “when” a drive fails. A long warranty ensures that the drive can be replaced if it fails within the warranty period.

Usually, the warranty offered is anywhere between three to five years. We recommend going for five years if you are using multiple HDDs in RAID configuration and have a lot of users connected to the NAS network.

What does NAS stand for and what does it mean?
NAS stands for Network Attached Storage. It is a data storage server that is directly connected to a computer network to provide a large amount of data to a group of clients. NAS storages often contain several drives at one time in a RAID configuration so they act as one large, cohesive storage system for users to access.

What’s the main difference between a NAS HDD and a normal HDD?
NAS drives are designed to stay on for hours at a time with a heavy workload of both read and write. Normally, these drives are configured in a RAID, which offers redundant storage options. NAS drives, therefore, are specifically designed to bear the brunt of this extreme workload for prolonged periods without failing.

They are also designed to handle idle time much better. They may be on 24 hours a day, 7 days a week, but they are not used all the time, and during these idle times are designed to maintain themselves more efficiently with lower power consumption.

All these differences also mean that HDDs for NAS have a higher price per GB than regular desktop drives.

What are the minimum specs I should look for in a NAS HDD?
A decent HDD for NAS should have at least the following specs: