Both Nvidia and AMD GPUs have been acclaimed for their computing power. Therefore, you will be going over all the same questions when building a GPU mining rig that you will go over when making a PC, as far as the GPU selection is concerned.

Testing For The Best GPU for Mining Ethereum or Bitcoin

While that title might suggest different to the less experienced cryptocurrency mining enthusiasts, an Ethereum or Bitcoin miner would automatically be a good miner for the rest of the lucrative currencies. And whether you pick AMD for their speed or Nvidia for their power efficiency, the core questions will be the same.

For instance, a good GPU for an Ethereum mining rig will need higher clock speeds, better technology of RAM and a bigger chip. Last but not least, the price will matter since you aren’t just buying a single GPU even if you want a satisfactory home mining rig. 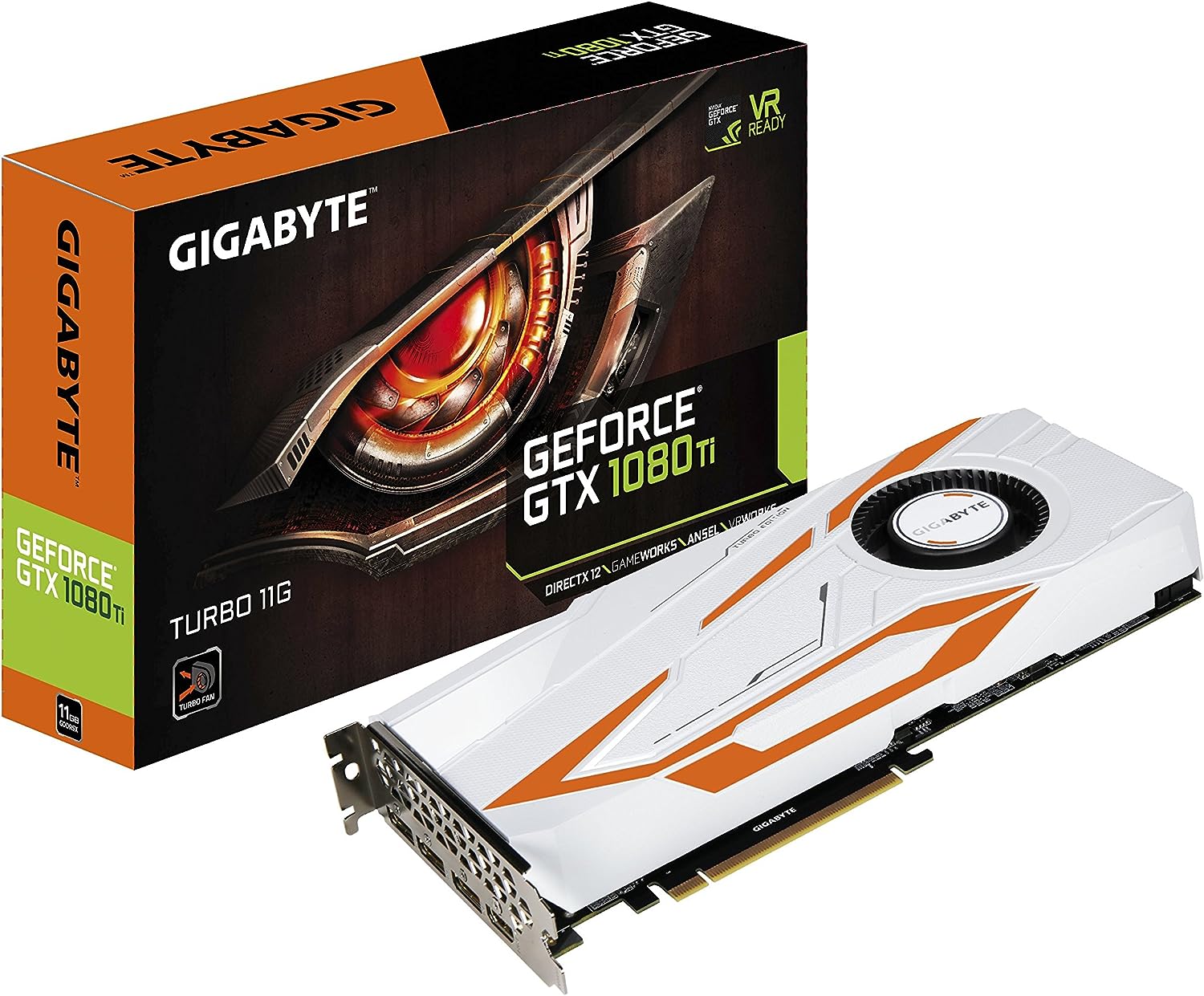 Cryptocurrency mining is the new craze and miners are always looking to improve their mining rig for better and profitable results. The RTX 2070 has money written all over it for the miners and 4K gaming performance for the gamers.

Check Price on Amazon
With more CUDA cores, an affordable price range, and some serious gaming and mining performance, the RTX 2070 is one of the best GPUs in the market right now. And it certainly is one to look out for when it comes to crypto mining.

The NVIDIA GeForce RTX 2070 is also capable of real-time ray tracing and that adds to the overall gaming experience. However, it seems like gamers are not the only ones having an eye on the overall RTX 2070 package. The RTX 2070 has piqued the interest of miners as well.

The RTX 2070 is the third fastest in the RTX 20 line-up. However, that isn’t necessarily bad. The price-point as well as its overclocking potential (that can reach RTX 2080 levels of performance) makes it a very valid option not only for gamers but for miners as well.

Surprisingly enough, the RTX has low power consumption and great heat dissipation keeping the card cool. At lower workloads, the fans are automatically turned off for an even quieter experience.

Why is it of interest to miners? Simply put, the RTX 2070 has lower power consumption, a relatively affordable price range, a high hash rate (up to 43.3 MH/s), overclocking potential, and longevity. The card kicks some serious mining algorithm butt and gives impressive hash rates for various algorithms. And with an 8GB of GDDR6 memory, the RTX 2070 can mine for years on end.

The recommended cryptocurrencies to mine with the RTX 2070 are Ethereum, Grin, ZCoin, Ravencoin, and Aeternity. The RTX 2070 can give a return of more than $123/ month at a hash rate of 37 MH/s on Ethereum. While mining BitCoin has been difficult Ethereum mining is still easier and pays off good and you do not need a very high-end GPU for it, so if you are on a really tight budget, the NVIDIA GeForce GTX 1050Ti OC Edition gives you a pretty decent hash rate.

Check Price on Amazon
This GPU is more beneficial to gamers than miners, but if you are a home-based miner who is tight on budget, than the NVIDIA GeForce GTX 1050Ti OC Edition has somewhat decent performance.

With increasing difficulty with BitCoin mining due to high user count on the network, you will find it difficult to mine it these days, but if you want to mine Ethereum, it is still somewhat possible even with a budget card like the NVIDIA GeForce GTX 1050Ti OC.

The GPU does not cost as much in the first place, it is very cheap compared to other graphic cards, it is one of the entry-level gaming cards, with 4GB and 7008MHz memory you get base clock speed of 1341 MHz that boosts up to 1455 MHz. You can game with it on low to medium settings and based on the game you can get around 30 frames per second on it.

Since we are talking about mining here, this is not the best option available in the market, but then again beggars can’t choose and have to go with anything, that is why this card is on our budget list. Since AMD cards are short due to rising demands from miners these days, this card is your best choice on a budget.

In Ethereum mining you can get around 15 Mhash rates with the power consumption of around 65-70W, which is not bad. The card has overclocking abilities, the only issue is the TDP lock on the card otherwise you could clock it higher for more mining performance. Although some users have moved on from the GTX 1060 vs 1070 debate, cryptocurrency mining is different. The Nvidia GeForce GTX 1060 is one of the well-established mining GPU that is used by a large number of enthusiasts. In a line by line comparison, this would stand competing with the AMD Radeon RX 480.

There are a number of reasons for it. For starters, the GTX 1060 isn’t ludicrously expensive like the more recent 1080 Ti. Although it also doesn’t maintain a hash rate as strong as Nvidia’s flagship, the 1060 is still able to stay very economical in the process. Since the Bitcoin miner is easily tweaked, higher hash rates are also possible.

Apart from costing only a fraction of what our premium pick would cost, it also has a lower power draw. Maxing out at 120 watts, this could result in a massive drop in your power consumption over a period of time. As a result, the ROI of your Bitcoin miner will go up.

Additionally, a number of these cards running together will also not be as noisy or hot as some of the other models we tested. While the noise isn’t a bigger issue for some, heat surely is. Nonetheless, with all these benefits lined up for you, the demand for GTX 1060 is on the rise and it might get costlier soon. Whether you are buying the GTX 1070 Ti or the standard GTX 1070 will be decided on your spending capacity. The Ti version costs more, but it also has a better core clock as well as slightly better hash rates. Needless to say, if there are two models with the same quality, you’d go with the better performer if you can pay a little higher.

In fact, the core clock speed it can generate, i.e. 1,607MHz, is higher than all the models we tested before. Although GTX 1080 Ti is the product we chose as the best GPU for mining in 2021, it costs twice as much as its predecessor. So you are also spending less on this one.

Moreover, it has a power draw of 180 watts, which, despite being less than the 1080 Ti, is higher than the original GTX 1070. And since it is a newer model of the two, it also costs more. Recently, a bug had disrupted the performance of the Nvidia mining GPU, but they are known for releasing regular updates so consider it covered.

One might have opted for the 27 MH/s has a rate that it offers, but we can get similar performance at prices that are much lower. If you are willing to jump ship to AMD, the RX 580 will save you a huge chunk over it. The successor to the RX Vega 56, this card is an absolute beast when it comes to mining performance. Yes, it is expensive, but the amount of Hashrates this baby churns out makes it a great mining GPU.

You can spit out around 50 MHash/S on this baby with the power consumption of around 150W, which can go higher depending on how much you clock this thing up to. This card is very expensive compared to other cards in the cryptocurrency mining race, but if you are in a country where electricity is cheaper than most places, you would want this card on hand.

This card is good news for Ethereum miners out there and it is a beast of a gaming card as well. If you want to switch to gaming with this card, you can get great value out of it as well.

The biggest issue is the high power consumption, so that is why we suggested that you should only consider it as an option if electricity is cheap in your region.

This is the most direct metric you will be looking at. The hash rate of a graphics card is the number of algorithms it can solve in a given second. These algorithms then make up the blocks. These hash rates are calculated in hashes per second (H/s) but since the numbers are bigger now, Mega hashes per second (MH/s) is used. 1 Mega hash = 1000 Kilo hashes and 1 Kilo hash – 1000 hashes.

You will come across core clock as well as memory clock speeds. The former is a calculation of the speed of cores present on a GPU, just like they are on a CPU. The memory clock, on the other hand, relates to the VRAM frequency i.e. the dedicated RAM that the card has.

This is the calculation of wattage required by one graphic card in order to work at optimum standards. This is more important for mining GPU cards because you also need to calculate the ROI you are earning. If the monthly power usage is costly you shouldn’t buy cards that have a greater power draw.

How do mining GPU hardware by Nvidia and AMD measure up against each other?
There’s no winner here, yet. Whether you have an existing Ethereum mining rig handy or you are making one now, these are the two companies you’ll choose between. There’s a very tough competition between the two manufacturers because both of them excel at what they do.

However, a generalized differentiation between the two is that AMD will get you better speeds for the Bitcoin miner, but cost more in lieu of power intake. On the other hand, an Nvidia GPU will be more power-efficient. But this isn’t why GTX 1080 Ti is currently regarded as the best GPU for mining. In fact, it takes a high load of power.