How to Find Food And Water in Ark Survival Evolved 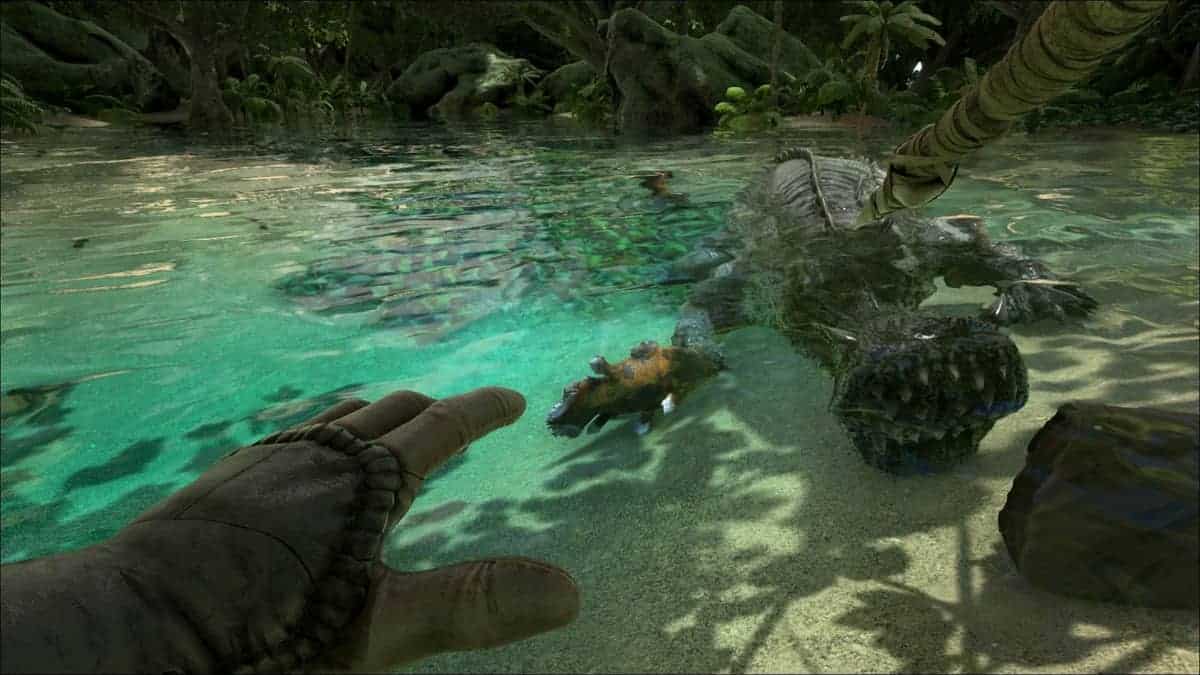 This Ark Survival Evolved Guide will focus on the first few hours of the player’s journey and guide them on how best to get their hands on necessities like food and water.

The world of Ark Survival Evolved is a harsh one, much more so than a lot of other sandbox survival games out there. Even if players end up in a PvE server, the wildlife itself can make surviving the starting few hours a nightmare. On top of that, when players spawn in Ark Survival Evolved, they are in desperate need of some basic resources and nutrition.

Uses of Food And Water in Ark Survival Evolved

Those that occur in Ark Survival Evolved are comparable to things that occur in reality. To survive, players require food and water. To improve self-preservation, players must find food and drink in the game. Players who are unable to locate it will suffer from hunger and thirst till they pass away.

Players can’t consume everything they see because some of it can be quite deadly and they need a lot of food and drink to survive. Some things must first be transformed into resources that can be safely consumed. Players must be careful because some food products in the game have adverse effects that must be considered before eating.

Best places to look for food and water

In the early levels, as players don’t have any means of travel besides running, they will need to outrun a lot of the dangers present in Ark Survival Evolved. This leads to their food and water resource meters dropping fairly quickly.

Thankfully, nature provides in the game and there are plenty of wild bushes in the world that players can harvest for berries. While they may not be the ideal source of survival, they can keep hunger and thirst at bay for a little while.

The first thing players need to do when they spawn is to look for bushes and start harvesting them. Each bush provides a decent number of berries of different types. Players should read their description before consuming each berry as eating a Narcoberry or Stimberry is not a good idea.

Narcoberries will put players to sleep leaving them vulnerable while the Stimberry dehydrates them, draining water resource meters quickly.

Once players have a decent number of berries in their inventory, they can move on to actual harvesting of items like wood and stone to craft some basic tools and weapons while also leveling up.

After learning a few engrams like the Spear and Campfire, players should be ready to begin hunting smaller wildlife and make some proper food for themselves which sates hunger for a longer period. The best targets for this meat are small herbivores who don’t possess much of a threat when attacked like a Dodo. Depending on the level of the animal, a few hits of the spear to the head should be enough to take them down.

However, it is always a good idea to have some spares handy in case an old spear breaks down. Once the animal is dead players can begin harvesting it by either using a Pick or an Axe. If meat is the priority, players should always use Pick to harvest as it gives better yield while Axe provides better results if players are interested in gathering resources like hiding.

With the Raw meat in inventory, players can craft a Campfire from their engram menu and cook the meat in there using Thatch or Wood as the flame resource. It is always a good idea to cook the meat even if players aren’t going to eat it just yet as cooked meat takes longer to decompose compared to raw meat.

In Ark: Survival Evolved, finding water is virtually as simple as finding berries. Simply approach any water source and hit the Use key on your computer or the controller. Water containers will be filled so that you have plenty to drink afterward.

In the early few hours before players don’t have an established base, the sea and rivers are good sources of water so players should make sure they travel along water sources, despite their dangers, to hydrate themselves in a pinch.

This is all we have in our Ark Survival Evolved Guide to Finding Water and Food. If there is anything else you would like to add, let us know in the comments section below!