Bioware: Anthem Has More In Common With Star Wars Then Mass Effect 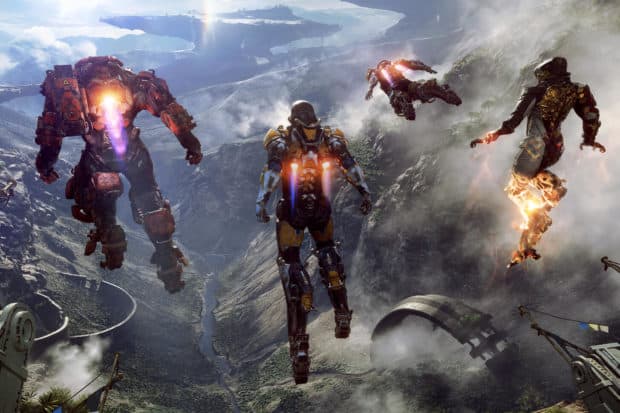 Bioware gave us the first look at Bioware’s new IP, Anthem, at Microsft’s E3 press conference and gamers are interested to know more about the game. Given that the game is being developed by the studio who developed the Mass Effect Franchise, many gamers expect the new IP from Bioware to be quite similar to Mass Effect. But, according to the studio itself, that is not the case.

Speaking with CBC, Bioware’s GM Aaryn Flynn talked about Anthem and what genre the game lies into and how the game itself compares to the studio’s past work. According to Flynn, the new IP falls into the genre similar to StarWrs then Mass Effect franchise.

It’s in a genre we call science fantasy. Very much like Star Wars, very much like the Marvel Universe where you see a lot of amazing things happening but we don’t worry too much about why they are happening or how they’re happening; the science of it.

Mass Effect is a more a real hardcore science-fiction IP [but Anthem] is much more about just having fun in a game world that lush and exotic and really sucks you in.

However, that is not the only place the game takes inspiration from. According to EA, Anthem is somewhat similar to Destiny in terms of quests where players can team up with their friends and complete them. EA’s executive VP Patrick Soderlund revealed that Anthem has been in development for four years and the studio has a lot of plans for the game in the future.