AMD Ryzen Raven Ridge APU 2400G Benchmarked Against 2500U, Superior Performance Across The Board 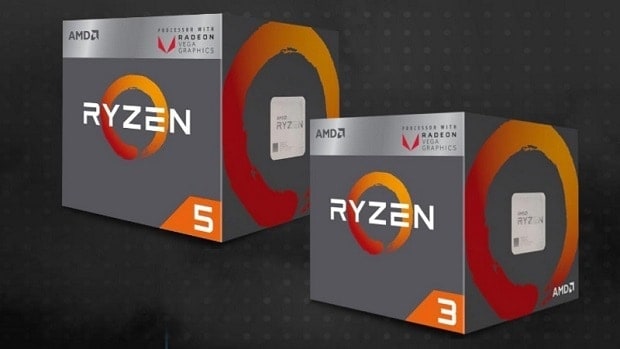 AMD Ryzen Raven Ridge APUs are going to be coming out soon and there are plenty of people that will be interested in knowing how well these APUs perform. If that is the case then you have come to the right place. Here we have benchmarks for the AMD Ryzen Raven Ridge 2400G as well as the AMD Ryzen 2 2500U. Both of these chips are pretty good but one come on top and that is the 2400G.

The Raven Ridge 22400G features 4 cores and 8 threads. Other than that the chip will cost $169 which is a great price considering the number of cores and threads that you are getting. You can check out the performance benchmark below: 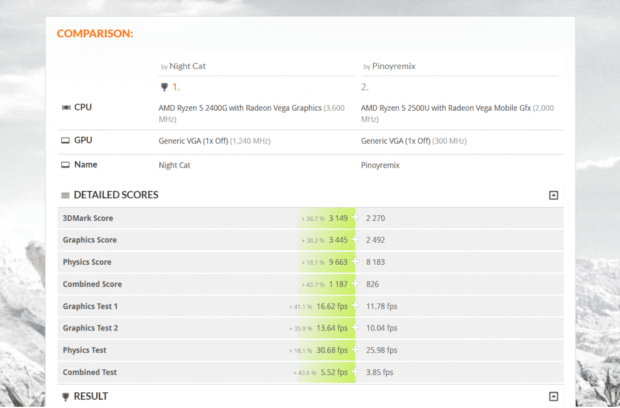 There will also be a 4 core and 4 thread version coming out which will be even cheaper. The 2200G will only cost you $99. You can check out the specifications of both the chips here. You can also check out how well the 2400G performs as compared to the Intel 7700 and 7600 desktop CPUs as well as the Intel 8705G mobile CPU here.

The AMD Ryzen 2500U comes with 4 cores and 8 threads. The chip comes with AMD Vega 8 graphics which feature 512 shaders with a max GPU clock speed of 1,100 MHz. The TDP for the chip is 15W which should be great against Intel offerings. Be sure to check out other variants of the chip here.

AMD Ryzen 2 chips are going to be coming out and it seems that these chips will perform 10% better as compared to the previous generation chips. You can check out more information here.

AMD Ryzen Raven Ridge APUs will be coming out for both laptops and desktops and it will be interesting to see how well Intel 9th generation CPUs perform as compared to these upcoming chips. For more news regarding AMD and Intel CPUs be sure to stay tuned to SegmentNext.

Let us know what you think about AMD Ryzen Raven Ridge APUs and whether or not you are interested in buying a device that is powered by one of these chips.