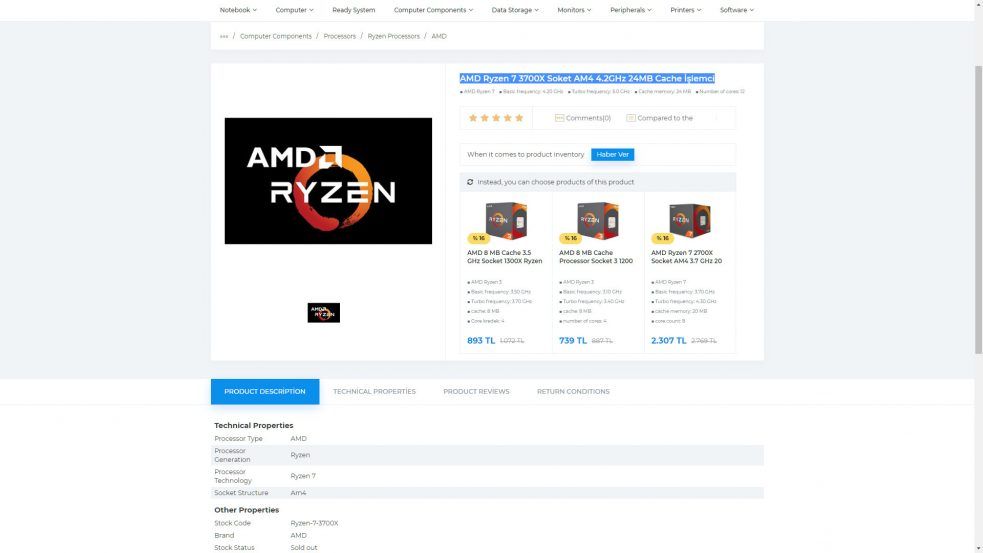 AMD has confirmed that Ryzen 3000 desktop CPUs will launch in Q3 2019. However, the company didn’t reveal the CPUs themselves and their specs. Now, listings for AMD Ryzen 9 3800X, Ryzen 7 3700X and Ryzen 5 3600X have appeared online, revealing their specs. 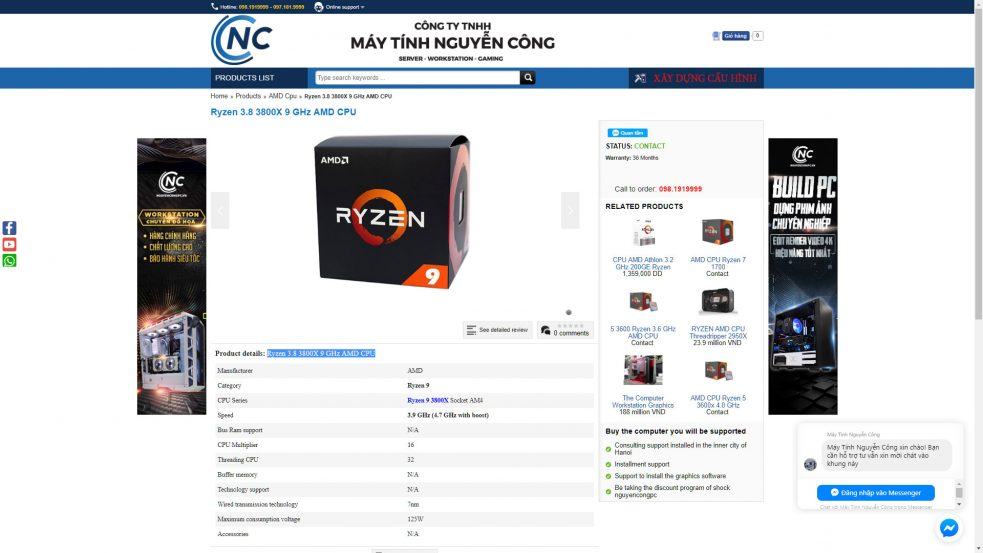 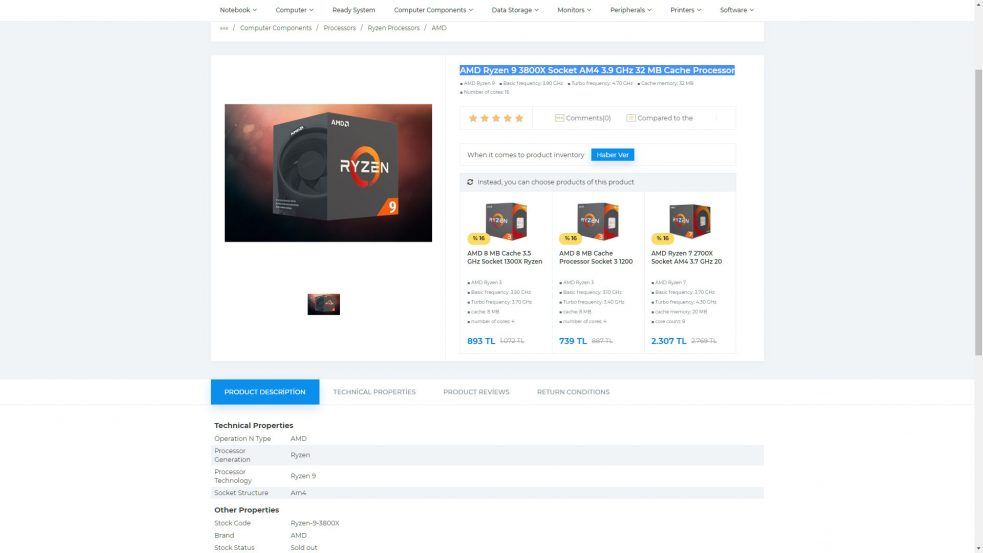 Either AMD has come up with new cooling technology for its CPUs or this 5.0 GHz boost clock only applies to a single core. Because many PC enthusiasts have to use liquid cooling to push Ryzen 2000 CPUs to 5.0 GHz mark. 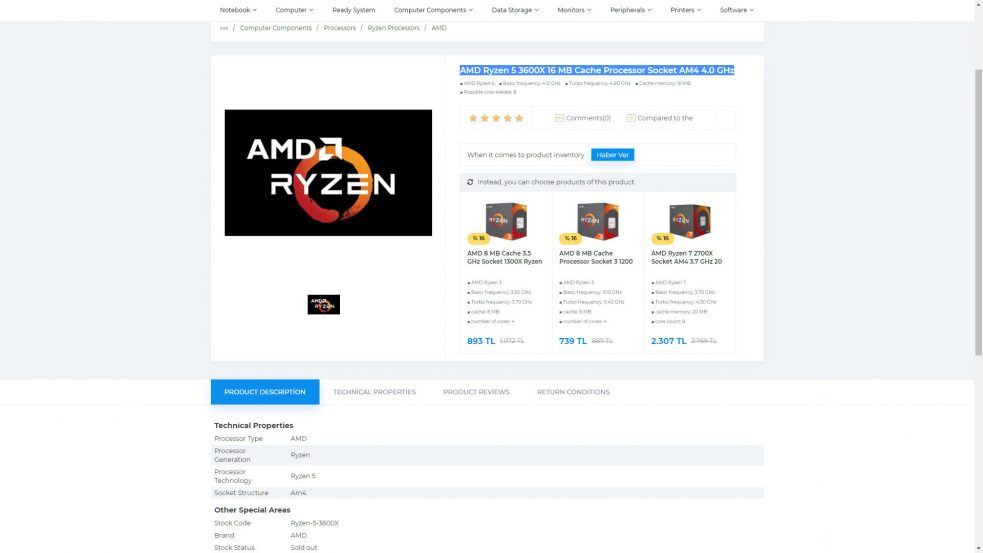 By now you might have noticed that boost clocks for these AMD Ryzen 3000 CPUs are unusually fast. Also, take these listings with a grain of salt as AMD is yet to officially reveal specs for its upcoming CPUs. If the reports are to be believed then Ryzen 3000 will launch at Computex 2019.

Ryzen 3000 CPUs aren’t the only AMD products coming to market in Q3 2019. AMD has also confirmed its 7nm Navi GPU for Q3 2019 release. Meaning the GPU will become available between July and September.

According to leaked specs for the GPU, Navi will be somewhere between RX Vega 56 and Nvidia GTX 1080 and will cost $259 with 1.8 GHz of boost clock.

As for the performance, alleged Navi GPU benchmarks leaked online recently. The benchmarks suggest that Navi is way ahead of RX 580 in all of the gaming benchmarks but it not up to par with RX Vega 64.

Not only that, leaks have been making rounds on the internet regarding AMD Ryzen 3 3200G and 3400G. Recently, images for 3200G and 3400G appeared online. According to the user, who posted the images, he has 8 units of these APUs.