Alice: Madness Returns takes place eleven years after the events of its predecessor.

Alice was released from Rutledge’s Insane Asylum at the end of the original game and now lives in Victorian London under the care of a psychiatrist.

The traumatic memories of her parents’ deaths in a fire continue to haunt her. She returns to Wonderland in hopes of security and comfort.

Unfortunately, it has once again become warped by her growing insanity, and she must save its residents – and herself from the evil that is taking over Wonderland.

Here are some of the Alice: Madness Returns Characters you will meet in the game. 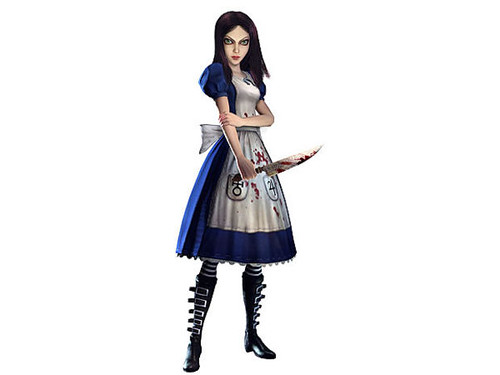 She is not the blonde beauty you remembered from the Disney animations. She is much darker in a sense of Sarah Kerrigan. At the same time, she is also mentally unstable and she has ventured back to wonderland to solve a mystery of her past. As she comes back, it turns out the world she knew as wonderland has been turned into a dark infested cesspool. 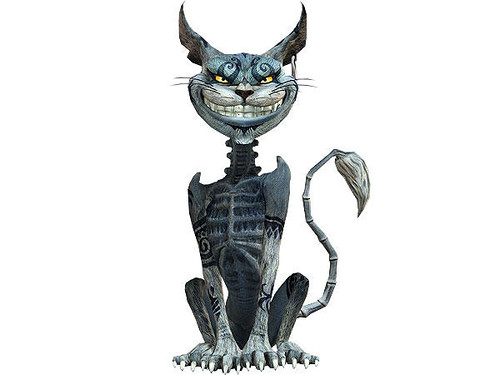 This cat embodies all the psycho attributes from being cynical to being earnest. But this cat can render valuable and important services only if he can keep himself out of harm’s way. Often speaks in riddles and gives cryptic and sometimes nonsensical advice.

The player can summon the Cheshire Cat at almost any time in the game by pressing a key, but his help is limited to repeating one of his short supply of phrases. He acts as an Ally and is termed as the “Hinter”. 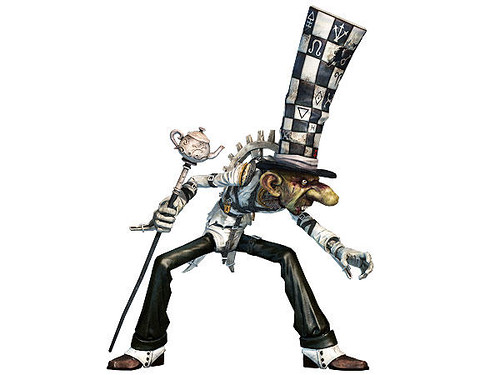 The Mad Hatter was once Alice’s good friend and Companion. The Mad Hatter remains a fanatic of time but is no longer the tea party-loving hatter that he was during Alice’s last visit to Wonderland. He is now a psychopath, literally gone “mad” and obsessed with time and clockworks, and considers himself to be a genius.

He invents mechanical devices, often evidently using the bodies of living organisms for the base of his inventions, as he plans to do to all of Wonderland’s inhabitants. 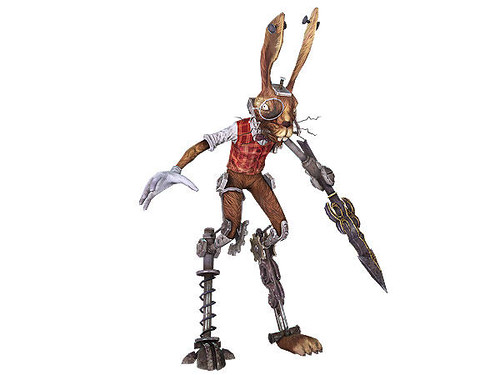 A companion of the Mad hatter has also turned into something else. The March Hare, along with the Dormouse, has fallen victim to the insane experimentation of the Mad Hatter. He can do little now but lament his predicament and offer Alice some paltry information on how she might be able to confront the Hatter. 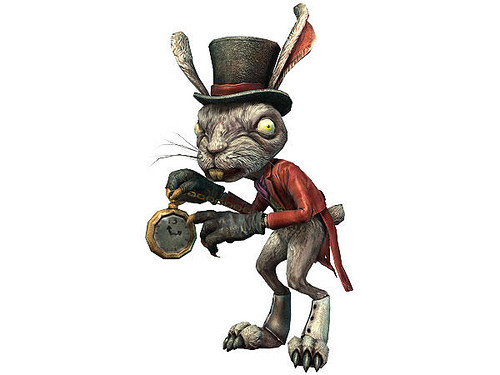 The White Rabbit is responsible for returning Alice to Wonderland. He is first seen as Alice’s soft toy, then becomes something that looks vaguely like the John Tenniel illustration, only more shriveled and corpse-like.

One characteristic of the White Rabbit that has not changed is his constant worrying over punctuality, and he still always seems to be two steps ahead of Alice. 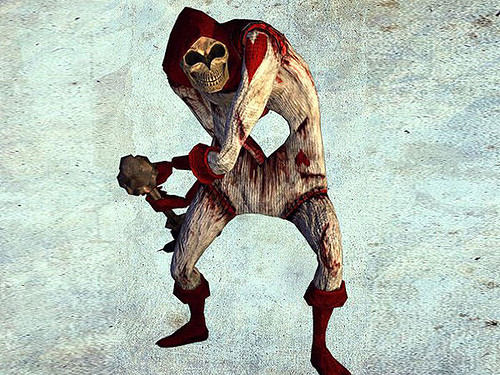 The loyal playing card-like soldiers of the Queen, who make up a vast majority of her army. The four different types of card (Hearts, Diamonds, Spades and Clubs) each have their own distinct weapons, the Hearts being the strongest whilst the Clubs are the weakest. The card guards wear executioner-like clothes. 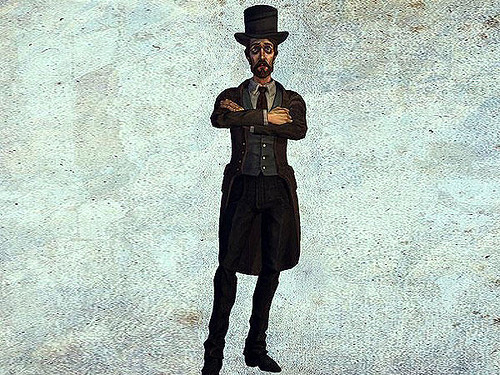 The founder of the Houndsditch Home and Refuge for Wayward Youth is Alice’s landlord, employer, and therapist. While modesty is not among his attributes, he does important work.

During the time period that Alice: Madness Returns is set in, the Caterpillar has already wrapped himself into a cocoon. His only means of communicating with Alice is the pipes she smokes in the game.  He brings Alice into a Near East area which as a statue of him. A little ahead from it is the cave in which his cocoon form resides. Eventually, he gets his wings.

You encounter this character at Tundraful and Deluded Depths during Chapter 2. He no longer runs the Looking Glass Line train but instead is the captain of a ship in a bottle. Alice visits him in the bottle to get some answers but this encounter is interrupted by a shark attack which results in him escaping into the ocean. After the chaos is over, he’s shown mourning the loss of his ship.

The Queen Of Hearts

When you visit the remains of Queensland in Chapter 4, you’ll fight the Queen’s Guard Cards before encounter her. She resembles Elizabeth during this encounter and explains to Alice about the train destroying Wonderland.

These two make an appearance during the Asylum hallucination that Alice has after meeting the Queen of Hearts. The characters look like their usual selves and act as orderlies who at one point try to lobotomize Alice.