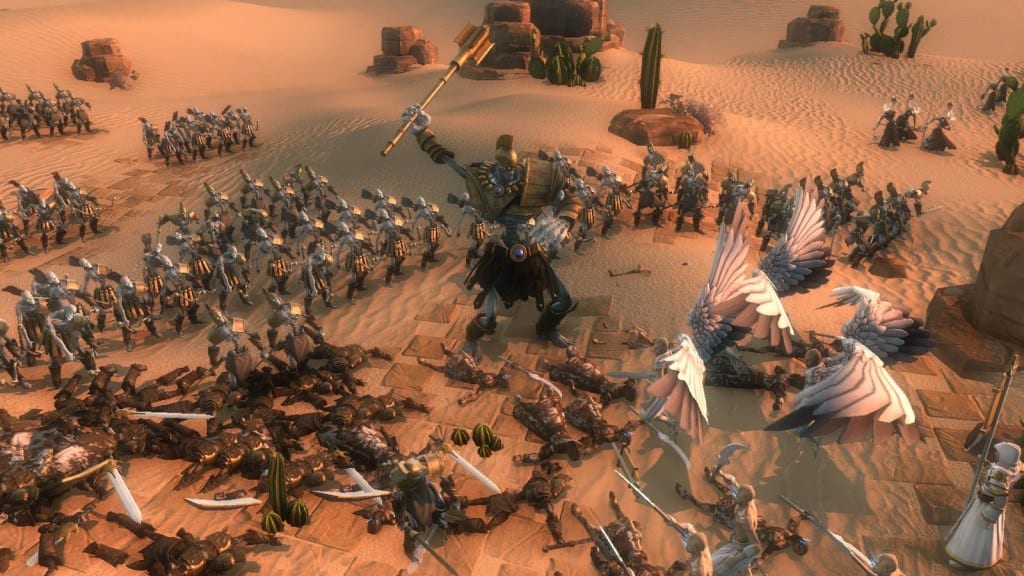 Triumph Studios has done a good job with Age of Wonder 3, the 4th installment in the renowned turn-based strategy series. And if you are a fan of the genre, it won’t be surprising that you are already getting your hands dirty with the game.

Although the game is being liked by a lot of fans around the globe, there are some issues, which are needed to be addressed. Luckily, the developer is aware of the situation, and they are working to resolve the major issues as soon as possible.

In the meanwhile, you can also resolve those issues by yourself by trying different workarounds and temporary fixes. If you are looking for an immediate solution, feel free to browse through the following listing:

#1 Age of Wonders 3 Interface/Graphics Glitch
Some users are experiencing weird interface and blurry graphics specially when play at 1600×1200 resolution or higher. The developer is aware of the bug, and they are working on a fix but in the meanwhile, you can try out the following workaround to fix it:

Switch back to lower resolution first (preferably 1080p) and then run the game in windowed mode. From here, increase the resolution gradually until those weird boxes appear again. You need to choose the resolution before the one that made the glitches appear.

I know it’s not a proper fix but until an update comes out, it’s better than nothing.

#2 Age of Wonders 3 Multiplayer/Connection Issues
Age of Wonders 3 uses P2P connectivity so if your router/firewall is blocking something, you won’t be able to get a proper connection. If you are not good at port forwarding, atleast make sure that you have the following stuff checked:

#3 Age of Wonders 3 Graphics/Performance Issues
First things first, make sure that your GPU drivers are up to date, and you are meeting the minimum requirements to run the game.

If that’s not an issue, and you are running the game on a laptop with two GPUs, you need to make sure that your game is being run using the dedicated memory rather than the integrated memory. This will resolve any performance or graphics issues you are facing.

#4 Age of Wonder 3 GPU Overheated
It seems like that the game does not support locked FPS and some users are reporting that their GPUs are getting overheated in no time.

If you are experiencing the issue too then I will recommend you to enable V-sync through game’s menu or force it via your graphics card’s control panel.

#5 Age of Wonders 3 FPS drop During Large Battles
There has been some reports about the game presenting poor (low fps) performance during big battles.

Seems like an optimization issue which has already been acknowledged by the developer, and they are working to fix it. In the meanwhile, disabling SSAO has helped some users to improve the performance during large battles.

#6 Age of Wonders 3 Crashes During Gameplay
Those crashes are probably due to memory issues. Make sure that you are meeting the minimum system requirements for the game.

If you are, you should try lowering the graphics settings from the game’ menu. Also, make sure that you are using the dedicated video memory (on laptops) rather than the integrated one.

The problem could also occur on 32-bit operating systems as the game at some places can require more memory than usual. Lowering your GFX settings can fix the problem for you.

#7 Age of Wonders 3 Installation Issues
If your installation issue is timed out or it’s taking way too long to install/download, first thing you should do is restart Steam. If that does not help, try deleting ClientRegistry.blob file and then restart the install/download.

#8 Age of Wonders 3 – AoW3Launcher.exe Bad Image: C:\Windows\system32\D3DX9_28.DLL Error Fix
The error is associated with conflicted directx install. Try re-installing the latest version of directx to resolve the issue. Also, let me know if you are using FAT 32 file system on your hard drive.

#9 Age of Wonders 3 Anti-aliasing Not Working
It’s another known bug and is on the list of being improved. For the time being, developer has explained its true action to be very resource consuming. In any case, we will have to wait for a couple of updates to see if it gets better or not.

#10 Age of Wonders 3 – Can’t Start as a Guest
You may experience a condition while playing as guest where the launcher won’t do anything. If that’s the case, you should reboot your machine to fix the issue.

If you are experiencing any other issue, comment and we will help you out!