Adorn your PS4 UI with this Free Terminator Genisys Theme

Sony has released a free Terminator Genisys theme for Playstation 4 on its European Playstation Store.

The said theme weighs 8.5 MB in size and comprises of static images of Arnold Schwarzenegger, Jason Clarke, and Emilia Clark.

Despite the fact that the colour scheme and images are cool, it would have been better if the theme was a dynamic one instead of being static. Still, it is a cool one, nonetheless.

You can check out some screenshots, courtesy of Paradiger: 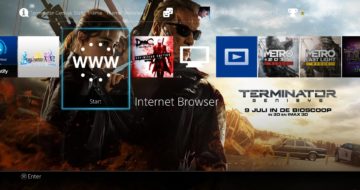 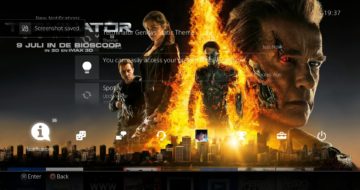 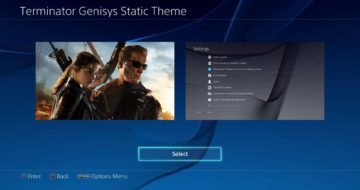 PreviousNext
Like mentioned earlier, Terminator Genisys theme is currently available only on the European Playstation Store and there is no confirmation whether it will be available on the U.S. PS Store or not.

Starring Arnold Schwarzenegger and the Mother of Dragons, Terminator Genisys released on Jul. 1, 2015 in the United States and earned $28,700,000 in its USA opening weekend. The film revolves around John Connor, the leader of human resistance against Skynet who sends Kyle Reese back to 1984 in order to protect his mother Sarah from a Terminator assassin, but the things go wayward and create an alternate timeline turning Sarah into a skilled fighter protected by a Terminator guardian.

Have anything interesting to add to the story? Let us know in the Comments Section below!