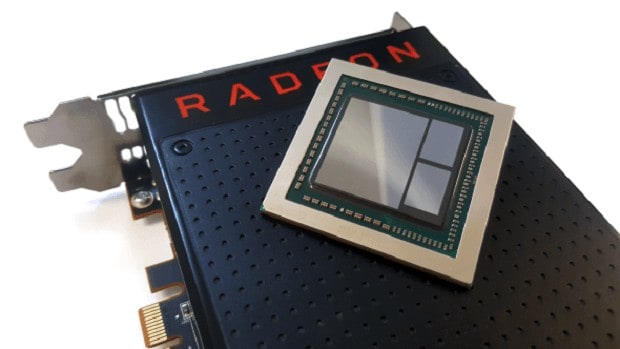 The 7 nm AMD Vega 20 has been in the news for a while now thanks to rumors and leaks. Now a new report has emerged on the shores of the internet suggesting that the upcoming 7 nm AMD Vega GPU will feature 20 TFLOPs of computational power along with 32 GB of HMB2 memory and more.

This is according to the analysis done by Ascii which suggests that the upcoming 7 nm AMD Vega 20 GPU will feature 20 TFLOPs of computational power (20.9 TFLOPs to be exact).

However, this is just an analysis based on the information available on the GPU as AMD is yet to officially announce the specs for AMD Vega 20. So, take it with a grain of salt.

Not only that, the die has been reduced by 70% due to the GPU being based on 7 nm process node which also reduces the power consumption.

Speaking of the AMD Vega GPU, reports and rumors have been circulating on the internet suggesting specs and feature for the upcoming AMD Vega 20 GPU.

One such report has suggested that the upcoming Vega 20 GPU will feature support for PCIe 4.0.

Furthermore, Radeon Vega Instinct will be first 7 nm GPU based on Vega 20. AMD showcased the GPU during its Computex 2018 presentation where the benchmarks revealed 35% increased performance compared to the 14 nm. AMD has noted that the GPU will be available in the second half of 2018.

The reason why Vega might have outsold the previous-gen AMD GPUs might due to the fact that Vega graphics is not only used in discrete AMD GPUs but is also used as the graphics counterpart in its APUs, in custom SoCs of the latest consoles like Xbox One and PlayStation 4.

As for the rest of the upcoming AMD GPUs, ASRock’s GPU roadmap has leaked online which reveals that no RX 600 Series GPU will be coming this year.

What do you think of the AMD Vega 20 GPU featuring this much computational power? Let us know your thoughts in the comments below.