Ever called your friend over for a nice session of couch gaming, only to sit next to them and realize that they stank? Whether that’s because they just didn’t shower in the first place, or that they cracked a nasty rat. Nobody wants to be with a stinky windbag and if you’ve never had that issue, make sure to check that you’re not the source of flatulence.

The issue is more common than you may think, in fact, the gaming community has put its foot down through a ruling that now allows judges and organizers to disqualify or even prohibit entry to anyone that forgets to use their roll on before coming to gaming tournaments.

It started in 2008 when a gaming tournament organizer in California stated that they would disqualify anyone that made their nostrils wish they were ear canals. Even at Pax, booths for Twitch and other gaming media gave out bags full of hygiene products in preparation to combat the rancid stenches the event-goers may have to deal with.

If you still think this is satire, it really isn’t.

Stink is a powerful tool and can instantly change the mood. How can you focus on getting that smash hit in when your Melee opponent stinks worse than Donkey Kong’s port-a-potty? You simply don’t.

And to prevent or at least regulate it, several PSAs and other kinds of warnings were issued by organizers and Twitter handles. 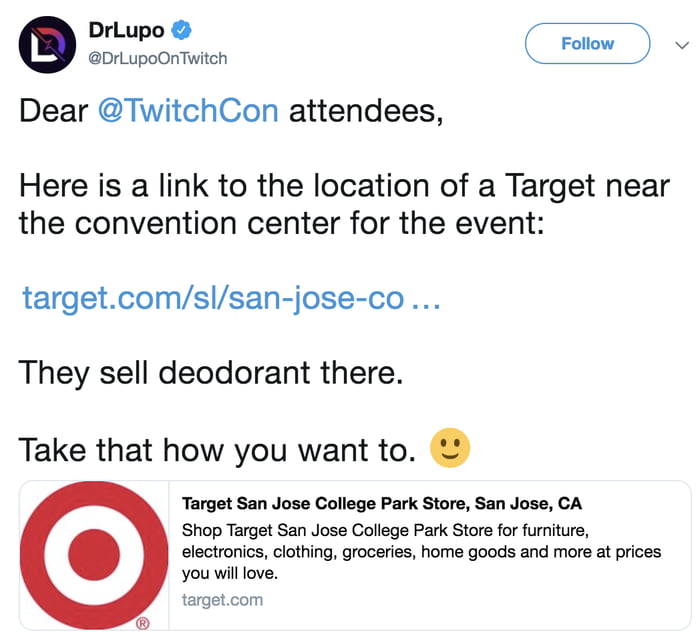 Now yes, it may sound like a rude stereotype about how gamers are introverted cave people that let their neck-beards grow out and don’t brush their teeth. But this cliche while not fully true isn’t entirely false either. And guys, on behalf of your gamer brothers and sisters, please shower regularly and groom yourselves properly, think of your fellow player or opponent.

Yes, linking the eternal fire may be important (personally I’d snuff it out) but so is scrubbing behind the ears! Be trash in the game if you want, but please don’t do the same in real life.