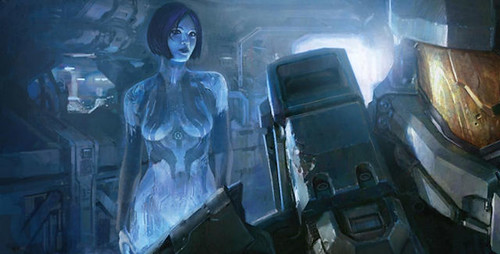 If you are not a hardcore Halo fan, even the normal difficulty can give you a tough time but there are still those who go the Legendary difficulty. If you are such a player, our Halo 4 Legendary Difficulty Tips and Strategy guide should be useful.

For some games, the achievements usually aren’t difficulty related but this is not the case for Halo 4. Achievement hunters might know that in order to unlock the “Lone Wolf Legend” achievement, the single player campaign needs to be beaten on a legendary difficulty.

Don’t Try To Be A Legend Right From The Start
Scary? Not as much as you might be imagining. I will recommend that you play the game twice at-least. In your first play-through, enjoy the narrative (the inductive story line) and get yourself familiarized with the nature of the enemies, and after you have beaten the game once, it’s time to move on to the legendary difficulty.

This way, I believe that it will be easier as you may end up smashing your head if you select the highest difficulty right from the start.

Fight or Run? I Say Both
While playing the game on the legendary difficulty, there is nothing like you can storm through the heart of enemies every time.

At some places yes, you can use the run away approach but most of the times; you will have to stay on your feet, finish them all before you can proceed forward.

Some gamers have a tendency that they don’t like to run away from the battlefield (probably considering it a cowardice approach) and end up wasting their plenty of time at some checkpoints.

For instance, in the very first mission; when you are supposed to activate the missiles on the ship, you don’t need to fight each of those enemies to get to the target.

I could make to the target by just killing the sniper on the far side. What did I do? I just killed that long-range gunman and then ran towards the objective like a goat followed by a lion and pressed the objective before my health ran out.

You will find such situations at many points throughout the campaign so if one thing doesn’t work, try the other one at-least once.

What Weaponry Should I Use?
It’s a tricky question considering the fact that your play style can vary from every other person and the fact that there are a variety of weapons one can use in Halo 4. Most of the time, you will find weapons when they are needed.

If you are playing the campaign for the second time, you would be able to predict that what’s coming next and then choose your weapons accordingly. The new Promethean weapons were cool enough, but they come with a couple of issues like overheating and range.

The Bolt-action rifles are more effective against the weaker enemies where you can get one shot one kill and remove the crowd quickly. However, for stubborn enemies like the Knights, try getting up close and personal to get rid of them fast.

Sometimes, it won’t be a bad idea to use the charged pistol shots to remove their shields first and then use the main weapon to take them out quickly. It can save you some ammo.

Talking of ammo, Halo 4 does offer places to replenish your resources before the next big firefight so you if you manage to find them, you will be good. So, before you leave a particular area, make sure you have searched it out properly for ammo or weapons/grenades.

Mobility Is Crucial
Many gamers have a thinking that they can stay safe, as long as they are behind cover. This is true in Halo 4 but to some extent, and if you stay at a single spot for a long duration, the enemies are going to flank you and make you regret.

So it’s very important in the game (specially on legendary difficulty) that you keep moving. This will make you less pron to the successive attacks and there will lesser chance that you will be knocked out by an enemy grenade which happens to be quite accurate, especially on higher difficulties.

The Grenade Power and Other Equipment
Grenades and other equipment like the armor abilities, mounted machine guns and vehicles. You may find grenades ineffective, but if you use them wisely, they can help you in many encounters.

When you face a group having mixed enemies; you can always take out the weaker ones quickly with the grenade and then focus on the tougher foes.

Wherever you find a machine gun (alien or military), don’t dare to miss it. Use it first to clear the area, and then you dismount it and carry it with you. Always, you will always find it beneficial in the upcoming fire fight.

As far as the vehicles are concerned, heavy vehicles like tanks and those huge combat suits have the armor regeneration, but if you let them take too much damage, you can be a martyr by any means.

Try avoiding the green laser cannons which are usually fired at you by the enemies on foot who can be hard to support while you are in a vehicle.

Push Through In Your Vehicle
If you’ve got access to a Ghost then board it and stay on it to keep yourself safe from enemy fire. Plus the vehicles can move around through different sections.

For example, in chapter 2, you can bring the Ghost with you on the enemy grav list in order to progress through the level.

However, your vehicle doesn’t make you invincible. You’re still prone to getting shot at even when you’re moving so we recommend that once you’ve made your way further up the level, you leave the vehicle and then find a nice spot from which you can safely start picking off your foes.

Focus On Headshots
When using UNSC weapons such as the Battle Rifle, you will have to deal with limited ammo. You will have to try to maximize the amount of damage you do per shot and focusing on headshots is the way to go.

A couple of headshots with a sniper rifle is enough to eliminate Elites. Turning on the Grunt Birthday Party skull will help you focus your headshot on a Grunt. We recommend you practice going for the head as much as you can.

Useful Armour Abilities
There are certain Armor Abilities that will become of use to you throughout your playthrough.  If you find yourself in times of trouble with a need for last minute cover, then the Hardlight Shield is a good pick.

However a good defense isn’t enough since enemies will reign down fire upon you even in cover. You will need something to watch your back and that’s where the Autosentry comes in.

This AI turret will draw enemy fire and provide you with a much needed distraction to move forward and find your bearings while taking down enemies.

You can find this Armour Ability fairly easily since some Promethean Knights will drop it. When playing the game on Legendary, this will save your life.

Don’t forget to share your own tips for completing Halo 4 Campaign on legendary difficulty.