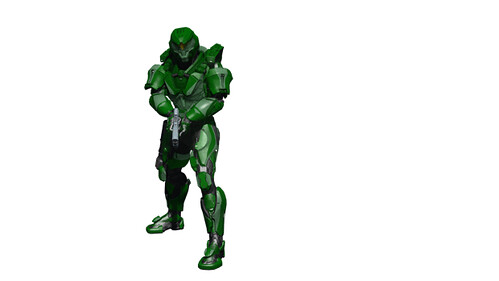 Spartan optimization for target shadowing missions, which require tactical invisibility despite operating at an extremely close range to the target itself. These Halo 4 Stalker Loadout Tips will make you a pro with this master of stealth.

The Nemesis armor mod allows users to target and track down previous attacking enemies, highlighting them on the armor’s passive sensors.

The following items are unlocked as Stalker specialization is leveled up:

In my opinion, there should always be at least one Stalker in a competitive match. The tracking utility of the Nemesis armor mod is too much underrated by players. Organized teams tends to move in groups.

Once dead, the wearer of the nemesis mod can track the enemy player who killed him. Now depending on the role of your team, defensive or offensive, you can either stay clear of him and his goons or move in for the revenge kill.

However, note that the enemy player that is being tracked will also know of his predicament. Hence, stalkers in large groups aren’t useful if the enemy team is constantly communicating. In public, game play though it works like a charm.

It all depends on the map you’re playing, your play style and the game mode. For more help on Halo 4 loadouts, read our Rogue, Tracker and Engineer Loadouts.

Primary weapons should be the ones that do considerable damage in the medium range. You will have to think that the enemy knows every time of your coming. Hence, close ranged weapons might not do the work if the enemy is expecting you.

Thruster and Active armor abilities will allow you to either chase your target quicker or move in for a surprise attack using invisibility. Mobility in the tactical package will compliment your movements both ways.

Don’t forget to share your own loadouts with us in the comments below. Share your strategies and tell us why you opted for that specific loadout for the Halo 4 multiplayer while playing as a Stalker.