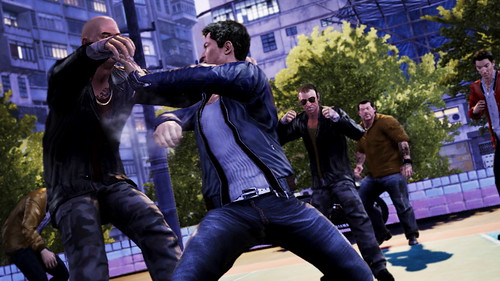 Wei Shen can’t just survive with the abilities he starts with in the Sleeping Dogs. In the early stages, you may not feel any need of upgrades but as the game progresses, things will get more serious, and you will have to upgrade Shen’s basic abilities and this Sleeping Dogs Abilities and Upgrades Guide will show you how.

Each category is beneficial in certain regards and helps during the fights and hence is crucial to the survival of Wei Shen. These abilities are further divided into two different tiers providing distinct sets of benefits.

As you gather points related to these abilities, you can use them to get the upgrades of next level, transforming Wei Shen into an unleashed beast from a simple fighter.

You can buy upgrades by utilizing the accumulating Cop points after each point. One thing you should keep in mind is that these points can even decrease depending on the civilian life and property you have put up at risk during your reckless actions.

Following are the abilities you will get in the Cop abilities tree:

Smartphone – Starting Ability
It will do almost everything a smartphone can do in the real life. It will be starting device you will be getting from the cops which can use to crack safes, hack Spy Cameras, take photos, manage your contacts, and set up dates with the ladies you like.

Upper Tier 1 – Fast Disarm
The ability will come in handy when you don’t have a gun in the beginning of a firefight. You can quickly take away a gun from the opponent nearest you to save your ass.

Lower Tier 1 – Slim Jim
This ability will let you break into the cars without drawing cops’ attention. A useful ability in the early phases of the game. It will also keep the alarms shut so you can quietly steal any parked car you want with raising any alerts.

Upper Tier 2 – Slow Motion Follow Up
After you have managed to grab a gun using disarm ability, the slow motion follow up can give you a chance to take a few enemies in quick succession just like in Max Payne series.

Lower Tier 2 – Action Dismount
Wei can dismount from a fast moving car and then use the firearm to blow it up. A useful ability especially when you are looking to get rid of roadblocks etc.

Upper Tier 3 – Recoil Compensator
As the name indicates, it will reduce the recoil of all your guns which is very helpful in firefights.

Lower Tier 3 – Action Highjack Reduced Heat
On using Action Highjack, you can easily draw attention of HKPD which can get troublesome at higher heats. This ability will reduce the cops’ heat level so that you can get away more easily.

Upper Tier 4 – Increased Focus
You get more bullet time for both the disarming and while vaulting over cover.

Lower Tier 4 – Increased Ramming Damage
Your damage done with the vehicle is increased.

Upper Tier 5 – Overpressure Ammo
It will increase the damage caused by any of your weapons. Extremely useful in the long firefights later in the game.

Lower Tier 5 – Police Trunk Key
It may not have any direct use in the main story-line but the ability to break into Police car trunk can be useful. You may find some useful items inside.

Triad Points will make Wei Shen a stronger entity in brawling and fist fights. You will be able to use blades or use your bare hands for extra damage in turn getting an upper hand against the resistant fighters.

Unlike Cop points, you will start every mission with zero Triad points and if you are able to put up a good brutal show against the rival triads, you will earn more points.

Environmental hazard take-downs, counters and less damage taken during a fight are some of the factors that will help you accumulate these points faster. The abilities you can learn are as follows:

Counter – Starting Ability
It’s the best ability to use when you are outnumbered by the enemy. You need to stand your ground and let them come to you. Patience and timing are the key factors to win any fight based on counter skill.

Unlike most other games, if you fail to counter on time and in the right direction, Shen will be vulnerable to more damage. So, button mashing won’t help and you will have to be precise to make good use of this ability.

Upper Tier 1 – Strike Damage Bonus
If you are of defensive type and rely on counters to win the battles, then this tier should be your first preference. The points damage points will keep flowing specially in the early stages of the game.

Lower Tier 1 – Strike Resistance
If you find Shen’s health too low to be in fist fight, this upgrade will be the obvious option. You will be able to absorb more damage which will help you in being more aggressive in fights against different enemies.

Upper Tier 2 – Surprise Exchange
If the enemies are blocking your attacks well, this can be a good alternative. You can quickly get behind the opponent and then execute a combo that will do considerable amount of damage.

Lower Tier 2 – Rising Kick
This move will let Shen rise up from the ground and perform a kick that will at-least push enemies back and you will have some breathing space.

Upper Tier 3 – Melee Weapon Sprint Attacks
Shen will attack with the melee weapons while sprinting like a ninja. Disarming an opponent and rushing towards the other enemies in the surrounding can take out a couple of them in one go.

Lower Tier 3 – Melee Weapon Resistance
Melee resistance will give you slight advantage against the high damaging melee weapons. Even with this ability, counter should be your primary choice.

Upper Tier 4 – Charge Kick Follow-up
It will let Shen to land another blow after a heavy hit so he won’t be vulnerable after a heavy kick which slows him down a bit.

Lower Tier 4 – Counter Recovery
It’s quite a useful skill to have when you are not good at counters. It will let Shen to recover faster from the missed counters.

Upper Tier 5 – Melee Weapon Boost
You will be to land more damage with the melee weapons. Quite effective especially when you get the weapons for limited duration.

Lower Tier 5 – Climbing Elbow Strike
The stunned opponents can be hit hard with this special attack.

Wei Shen will come across his childhood trainer in Hongkong who will teach him some useful moves. If you want upgrades in melee, you will have to find Jade Statues for Sifu.

If you can’t find any, you can refer to our Jade Statues collectibles guide. The moves are as follows:

You will be able to pick up enemies from the ground and land some finishing blows. Some may be able to dodge them so always keep the counter in mind.

The final hit of this move can leave enemy stunned which can give you some time to turn your attention towards other enemies.

Although the move itself won’t finish off enemies, it will enable Shen to pick up enemies from the ground and land more blows before they can stand up again.

A continuation of stun strike that lands a kick to the enemy which causes heavy damage. The move can be quite effective against the grapplers.

Upper Tier 3 – Spinning Hell Kick
Command: Light Strike(x3), Heavy Strike
The move will let you hit multiple enemies standing in front of Shen in an arc. Thugs with low health can also be knocked off by it.

Lower Tier 3 – Disarm Tackle
Command: Sprint at the enemy and then grab

You can quickly disarm an enemy by running towards it and then take care of rest of his friends.

Grapplers have good defense but they fail against the combos like these. It’s recommended that you execute this combo only when you are not surrounded by too many enemies as the move is quite lengthy which may well be interrupted by the other foes.

Instead of kicking the opponent after stun, you can make use of grab to do some hefty damage. You just get more options to deal with the falling enemies.

If the single jump kick isn’t good enough, you can make use of this combo for a follow that will most probably knock down the enemies.

Leg was there so how can we forget about the arm break? Like the Leg break, you will get some face points for each successful move.

Simple counter is good but if you manage to learn the ultimate technique taught by master Sifu, it can get better. You can pick up resistant enemies easily with this move making it easier to deal with the rest.

Face points are easiest to get. You just need play the story in style and the point calculator will keep on moving. It has the following levels (no tiers for this one):

Face Meter Unlocked – Level 1
If your faced meter is maxed out, it will be terrifying for the enemies and they will hesitate to attack which can give you some breathing space. The more moves you perform, the meter will up faster.

Fine Food and Drink – Level 2
You will be able to store more food and drinks which will keep you in shape for longer duration. A useful upgrade to have especially in long missions.

Disarm – Level 3
Shen will be able to disarm any armed opponent when the face meter is filled. You just need to grapple or counter to disarm the enemy.

Level 4 – Car Valet
Quite an impressive Face advantage as you can deliver a car for yourself by using the smartphone. Only those cars that you own….

Level 5 – Toughness
When the face meter is full, Shen will be more resistant against the attacks and take lesser damage.

Level 6 – Extra Special Messages
The face bonus provided by the text messages you get is increased by 50%.

Level 7 – Uninterruptible
When the face meter is full, Shen’s attacks won’t be interrupted by the enemies so you can execute your combos freely.

Level 8 – Everything Just Got Better
Health Regeneration using food lasts 3 times and you get more bonus from energy drinks, herbal tea and messages.

Level 9 – Unstoppable
Simply put, the effectiveness of of brawlers and grapplers is decreased which enables you to have an upper hand in the fights.

Level 10 – Dai Lo
You will get 40% discount on purchasing clothes and cars. Want all the expensive cars? This is the perk you should have.

Just like the melee training, health upgrades also require you to locate the health shrines throughout the game. You can follow this guide to find these Shrines in sleeping Dogs.

There are 50 of them and with each 5 shrines found, Shen’s health meter is increased by 10%. So, if you want virtually endless health, start finding these shrines.