Microsoft Patent for Xbox Controller Will “Read” Your Hands 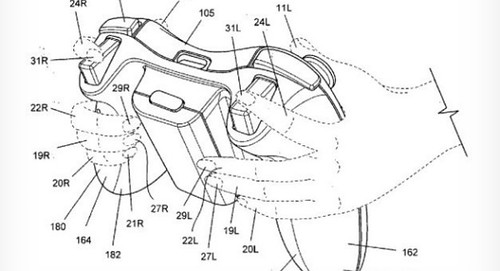 While there’s no doubt in my mind that Microsoft is working on a new console, it seems they might be looking into other tech to add to their Xbox 360 controller, too!

The Verge has uncovered a Microsoft patent that seems to indicate that Microsoft is looking into biometric-reading and pressure sensitive surface (not just buttons) as a new means for users to interact with the controller.

The patent, is supposed to read a number of biometrics via the player’s hands once they grasp the controller. This includes the length and breadth of their index and middle fingers all the way to the width of their entire hand. Not only that, but it should even be capable of reading a player’s grip firmness, too.

Of course, this patent doesn’t mean that Microsoft is planning on releasing something like this on the Xbox 360 or for their next-gen Xbox, they could be just looking at the tech and filed a patent for it just in case.

Speaking of which, a Microsoft spokesperson had this to say regarding the filings.

Microsoft regularly applies for and receives patents as part of its business practice. Not all patents applied for or received will be incorporated into a Microsoft product.

While we might not see this tech anytime soon, don’t be surprised if future games from the company recognizes your hands and not just your Gamertag.