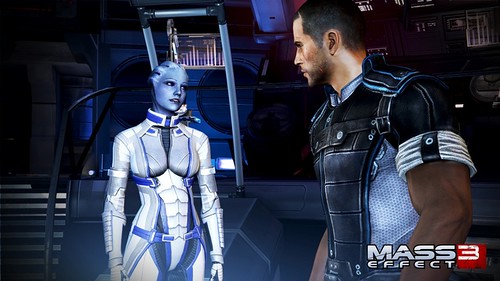 Wearing a good armor increases your survival rate against your enemies in pursuit of War Assets, but if you want to look good wearing an armor, you will have to complete an armor set for which we prepared this Mass Effect 3 Armor Sets guide.

Read our Mass Effect 3 Armor Locations for detailed guide on where to find these armor pieces to complete your armor. If you are looking for weapons, read our Weapons Locations Guide.

You can complete following armor sets during your Mass Effect 3 adventures:

N7 Set Armor
You find all the pieces of N7 armor automatically. It gives you 10% health boost.

Armax Arsenal Armor Set
Each Armax Arsenal armor piece adds 5% to weapon damage and 10% to melee damage. You can find:

You can buy following armor sets from different shops at Citadel:

Cerberus Armor
Especially designed for shock troops to stand against creatures or forces to which normal troops can’t. The benefits of this armor are that it:

Terminus Armor
This armor is environmentally sealed with an independed air supply for use in space and extreme planetary conditions.

It also prevents detection by passive thermal sensors as the body heat is channeled into ground by the base of feet. This armor:

Inferno Armor
This armor is built specifically for Cerberus field officers with a V I dedicated to read signs of stress and trauma. It can be purchased from Kassa Fabrications for 50,000 credits and offers:

Blood Dragon Armor
Available for buying at the Kanala Exports in the Presidium Commons for 50,000 credits, this Armor is originally created for Earth’s Urban Combat Championship League.

Collector Armor
This armor is adapted out of Salvaged collector technology making is very flexible yet tougher than the ballistic fiber. Its tissues are organic and hence allows it to self-heal and weightless like the skin.

You can purchase it from Nos Astra Sporting Goods for 50,000 Credits. It offers: