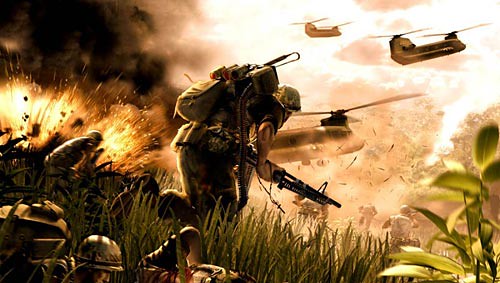 Battlefield 3 Open Beta is just around the corner, and it won’t only be the PC users that’ll be able to avail its release on 29th September.

In fact, DICE has some special treats for PlayStation 3 owners. In addition to the release of the Beta, the future expansion packs coming for the shooter – of which Battlefield 3: Back to Karkand is the first – will be available one week earlier exclusively for the PlayStation 3.

In case you were wondering, Back to Karkand is an expansion pack which will add four of the most loved maps of Battlefield 2 to Battefield 3, all re-modeled from scratch with the cutting edge technology of the Frostbite 2.0 engine. It will also feature new weapons, vehicles, unique in-game dog tags, new persistence, and new Trophies.

This certainly indicates that DICE has special treatments and delicacies in mind for the PS3 community, which is a real positive sign. You can have a go at the Beta version in just a week’s time, and if you managed to get a free Online Pass, you’ll be able to enjoy access to the Beta 48 hours earlier than everyone else.

But you’ll still have to wait till the end of October to get your hands on the real-deal. Good luck with the wait!