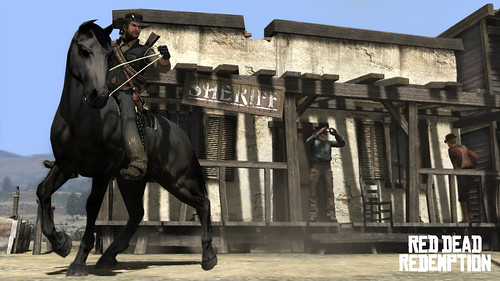 Time to grab some more Read Dead Redemption content as “Myths and Mavericks” Bonus Pack DLC is available for download on Xbox Live and PSN. The best thing is that the DLC is free of cost. It’s a token of appreciation by Rockstar for all its fans who have been playing the game since its release last year.

Armadillo, Chuparosa, Rio Bravo, Tumbleweed are the old location with new Stronghold mode. If you haven’t been playing the game recently, it’s time to grab it once more and enjoy the new content.