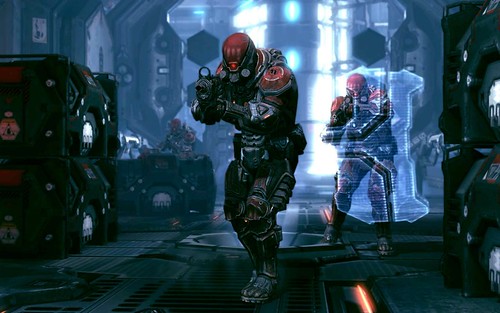 It’s hard to believe that a legendary developer like id Software has managed to maintain its reputation, despite not having released a fresh franchise for nearly 15 years. Now a golden moment in gaming once again approaches, as the pioneers of first-person shooter gaming are all set to release the highly anticipated Rage.

In fact, it has been confirmed that the development of Rage is complete, with all the finishing and finalizing done, and the game is currently being replicated.

Since folks have asked, yes, Rage is done and in replication. I’ve been playing every night and having a blast. Oct. 4 is almost here!

In celebration of the completion of this long-running development, id Software released a brand new trailer for the game, probably the final trailer before launch. It’s basically a montage of the key features of the game, with wild buggy racing, crazy mutants, big bad guns and projectile thingies.

Ironically, Rage is a shooter which is consciously re-fabricating the concept of first-person shooters. It is almost entirely abandoning the corridor-y shooting nature that was pioneered with previous id games like Doom, and is looking to give an open-world and adventurous aspect to the genre, while still retaining the shooter aspect.

You can fuel your rage with Rage when it is released on October 4th.