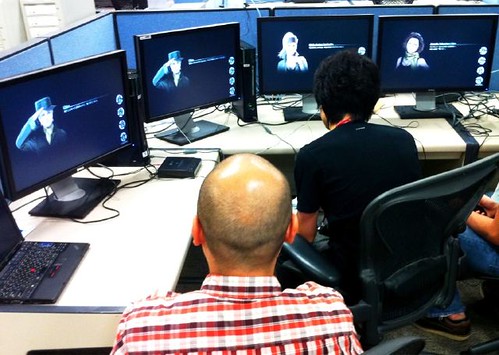 people can co-op and it is 60 frames. During loading, characters’ dialogues pop up at random.

You don’t believe it, do you ? See this picture in which team Kojima is playing Metal Gear Solid: Peace Walker HD in 60 Frames, 4 Player Coop. You can clearly see four monitors running the game. It adds a nice new incentive to go for the HD collection for Playstation 3 fans and it doesn’t get any better for Xbox 360 fans, who will be playing Metal Gear Solid games for the first time.