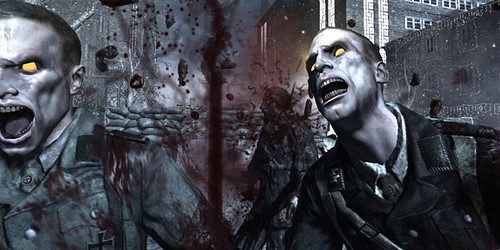 Four multiplayer maps include Hanger 18, Drive-In, Silo, and Hazard. The new zombie map is called Shangri-La, which will be challenging if words of Treyarch head, Mark Lamia are to be believed.

Players will also enjoy an all-new Zombies experience, Shangri-La, an exotic and mysterious map filled with deadly traps, dark secrets and innovative gameplay that will challenge even the most daring Zombie hunters.

Treyarch will also host a Double XP weekend beginning Friday, July 1st to celebrate the upcoming release of Call of Duty: Black Ops Annihilation. Not sure about you, but we love Zombies, more the better.