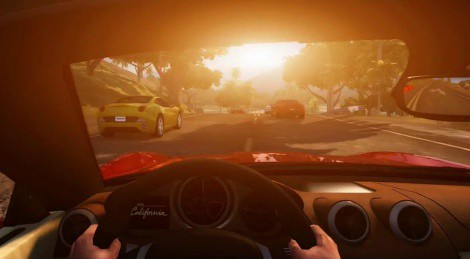 Test Drive Unlimited 2 steering/handling and controller configuration has been one of the most debated feature so far. Seeing that the developers ‘Team Eden’ have come out to explain the core elements of the control system so that you can configure your controller (Steering Wheel/Gamepad/Keyboard) to your liking.

Vibrations
This slider allows you to control the vibrations intensity. It goes from 0 (left) to 10 (right).

Force Feed Back
This list contains eight values. The Medium value is set by default so you can feel a normal force feedback. When you drive, the wheel should try to move to its original position. You should also feel various constraints depending on your driving and the car’s specificities.

The Low and High values are variations of the medium value depending on your wheel and your preference, you may want a strong force feedback or a light one. Note that you can still change your driver’s behavior in the windows’ options panel.

Most wheels (Logitech’s for instance) are sold attached to a specific software. It should allow you to perfectly tune your wheel’s force feedback.

Without any surprise, the Off position will leave you with an inert wheel. There won’t be any force applied to it, not even the default “return to center position” force.

Default position will set a constant “return to center position” force. Even if your car is ten meters above the ground, this force will still be applied.

At last, the “inverted high, medium and low” positions will mainly behave like their non inverted counterparts. The difference lies in the “center position” which won’t be a 0° turn but something more like a 180° turn.

Those positions should only be used by possessors of exotic wheels encountering very strange behavior while using classic force feedback. In other words, if you wheel have this behavior when you accelerate, inverted force feedback will save you.

Controller linearity
This slider isn’t useful if you play with a keyboard. Improved in the last version, the slider will go from 0.5(left) to 3(right), with a step of 0.25. But what’s the meaning of those values?

The steering input is elevated to a power equal to the controller linearity value. Previously you only could go from 1 to 2.5. Default values are still 1 (for wheels) and 1.75 (pads).

Those diagrams represent the transformation of the input depending on the controller linearity you choose.

Green: slider on the left. Output = input ^ 0.5. The first degrees of the wheel are very sensitive. On the opposite, the rest of the wheel is very precise. Ideal for 700-900° wheels.

Blue: slider on the left. Output = input ^ 1. No transformation.

Black: slider on the right. Output = input ^ 3. The first degrees of the wheel (or small move of the pad) are very precise. Last active degrees of your wheel will be very sensitive.

Speed factor
With this slider you can increase or decrease the limitation of turning angle at high speed. At the minimum position, you haven’t any angle limitation: at full speed you can turn your wheels with the full angle.

If you think that your vehicle behavior is too sensitive at high speed, you can increase this value, in other case you must decrease.

Pads and keyboard users should keep high or medium speed factor. On wheels, it entirely depends on your personal preference. Speed damping action on max angle:

Steering damping
This slider allows you to control the maximal angular speed of your wheel. The speed limitation can be removed by positioning the slider on the left.

It is recommended for wheels as it removes the “lag” feeling. If you move the slider to the right, your wheel will turn slowly at high speed, thus avoiding frequent spin around.

At low speed you shouldn’t see any big difference. With pads or keyboard, you should keep it between 1(nearly extreme left) and 10
(extreme right).

Like If you move the slider on 10, at 300km/h your wheel won’t turn faster than 130° per second, meaning you’ll need 1.5s to completely turn your wheel.

Dead zone
Steering wheel doesn’t need any dead zone, and in this case the slider must remain at the minimum value. If you use a worn pad, the central position may be damaged, and you can increase dead zone to keep a correct driving behavior.

It won’t change anything on keyboard: a key is either pressed or released, there’s no variation on which dead zone could be applied.

Clutch, throttle and brake linearity
Those sliders aren’t useful if you play with a keyboard. They’re similar to Controller Linearity. Input values are elevated to the slider power. Central position is ok for all the devices. If it’s too sensitive, move it to the right. If it’s not responding quickly enough, move it to the left.

Green: Slider on the left. Quick response, no precision.

Red: Slider on the right. High precision but forces you to stamp on the trigger or pedal to have full response. Clutch has also been improved to allow easier gear shifting.