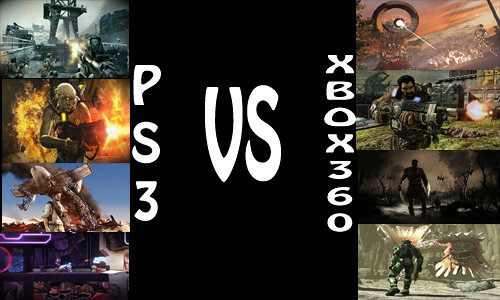 Exclusives sell consoles and that leads to ever intriguing battle between console manufacturers to have a good exclusive games line up every year. We take on list of exclusive titles coming out for both Xbox 360 and Playstation 3 and decide who is the winner, come 2011.

Little Big Planet 2
It’s interesting to see a sequel to the game with near infinite playability. Little Big Planet 2 will feature 30 new developer made levels. “Promises new set of tools that will widen your scope, and hand you the power to create Whole Games”. The game is set to release Jan 18, 2011.

Killzone 3
Possibly a potential contender for the game of the year. Killzone 2 was graphically the best fps ever, and Killzone 3 raises the bar even further. “It looks stunning, brilliant sound effects, and plays like a dream”. The game is set to release February 22, 2011.

Uncharted 3: Drake’s Deception
Uncharted 2: Among Thieves sold over 3 million units and dominated Interactive Achievements, and Game Developer’s Choice Awards. Uncharted 3 is bound to follow the same path. There is also a feature film on Uncharted saga in the works but, that’s a mere side not. Uncharted 3 is set to release late 2011 in November.

Infamous 2
Cole MacGrath marks his return in the second chapter of this electrifying Playstation 3 exclusive. New Weapons, New Areas, and New Super powers. Though fans may not like the new looks, they will surely enjoy the game. Infamous 2 is set to release in 2011 though no confirmed date.

SOCOM 4
“The defining tactical shooting game franchise continues with SOCOM 4, created by the original design team at Zipper Interactive”. Though, SOCOM 4 retains 32-player online multiplayer, it will be the singleplayer story structure that will set it apart. The game is set to release in the first quarter of 2011. I say March, 2011.

Ratchet and Clank: All For One
How about first Ratchet and Clank with two player cooperative mode ? sounds intriguing right ? Game will allow two players to join the franchise favorites Captain Qwark and Dr. Nefarious in this all new adventure. It is set to release late 2011, probably in the before-Christmas release run.

Yakuza 4
If you haven’t played Yakuza 3 and have PS3, that’s a shame. First go and play the game. Yakuza 4 like its predecessors will be all about wandering in the streets; this time of Tokyo. Beat the shit out of random guys on street, and level up your character. “Indulge yourself in the deep storyline, dozens of side quests, bars to drink in, arcade games to play, women to seduce, and so on”. No confirmed release date but a tentative first quarter 2011.

Twisted Metal
“Twisted Metal comes with new 16 players online multiplayer, 2-4 player split screen, new game modes, richer environments, and interactive levels with all the skill, speed, and strategy you could ask for”. Game is set for late 2011 release date. It has been long while since the last Twisted Metal game was released on console and hopefully it will be worth it.

Other Confirmed Exclusives for PS3

Gears of War 3
Its coming in 2011, though was put on hold at last night’s Spike VGA’s. What you should expect of the game ? improved graphics, improved gameplay mechanics, four player co op, addition of female characters, Beast mode, and the multiplayer online experience based unlock system; making online multiplayer ever interesting. Hopefully, it will have better scripted storyline this time.

XCOM
One of the beloved games on PC gets a total reboot thanks to the developer behind Bioshock 2. The classic turn based strategy game of the nineties will see itself going full FPS for Xbox 360 in 2011.

Kingdoms
Kingdoms is an action adventure or role playing game set in fantasy world. One of the interesting sides to this game is that it’s developed by Crytek who take pride in developing modern day action first person shooters. Game is set to release in 2011.

Forza Motorsports 4
Turn 10 studio broke their silence at Spike VGA 2010 and unveiled their next big project, Forza Motorsports 4. The ground-breaking Forza Motorsport series will return to Xbox 360 in fall 2011, featuring support for Kinect as well as the classic controls you’ve come to expect from the Forza series.

StarWars Kinect
Now you finally be able to swing your own light saber and use the force. Game is set to release near Christmas 2011.

Rise of Nightmares
A survival horror game by Sega for Kinect. Not much information on this game though. It would be interesting to see how a horror game shapes up on Kinect for Xbox 360.

Codename D
It’s a super secret Kinect title developed by Suda 51 and his team at Grasshopper. Interestingly the game is to appeal more to hardcore gamers but I have no idea how and why. Not much information on this game, and Codename D may well not be the game’s final name.

Project Draco
Another secret Xbox 360 exclusive title developed by the name behind the infamous Panzer Dracoon. If that name sounds some bells, you may want to wait for it. It has dragons.

Steal Battalion: Heavy Armor
Another Kinect title. It would be interesting to see how Capcom makes a heavily controller oriented game into one that doesn’t require any controller.

Other Confirmed Exclusives for Xbox 360

You don’t need to be a veteran analyst to concieve from this list that decide Playstation 3 is the clear winner out of the two. It’s so disappointing to see Microsoft opting for more Kinect based casual titles than giving something hardcore to the Xbox 360 community. As for Playstation 3; it doesn’t get any better.